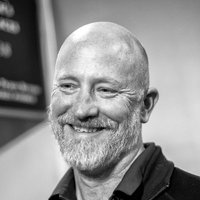 As the director of Long Now, Alexander has facilitated projects such as the 10,000 Year Clock with Danny Hillis, The Rosetta Project, Long Bets, Seminars About Long Term Thinking, Long Server and others. Alexander shares several design patents on the 10,000 Year Clock with Danny Hillis, the first prototype of which is in the Science Museum of London. Alexander was hired as the first employee of The Long Now Foundation in February of 01997. He has been an artist in residence at Silicon Graphics Inc., a project manager for Shamrock Communications, and a founding partner of Inertia Labs.