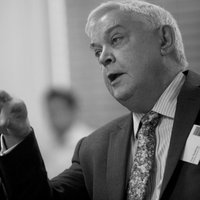 In a career spanning more than forty years, Con has worked as an infrastructure project financier, corporate advisor, investment manager and research analyst in Europe, Asia and the United States. He has published widely on the regulation of financial institutions and pension systems, and also developed new statistical tools for the analysis of financial data, such as Omega functions and metrics. He has served on the boards of a number of educational and charitable foundations and as a trustee of several pension schemes. He is currently Head of Research for the BrightonRock insurance group. Con has published three Long Finance publications on pensions – “Don’t Stop Thinking About Tomorrow: The Future of Pensions” in 2010, “Don’t Stop Believing: The State and Future of UK Occupational Pensions” in 2011 and "Keep Your Lid On: A Financial Analyst’s View of the Cost and Valuation of DB Pension Provision with Ole Settergren and Andrew Slater in 2013 . Con is also a regular guest writer for the Long Finance blog The Pamphleteers.