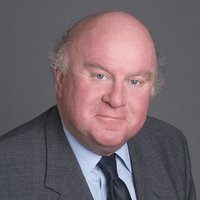 Robert ("Bob") McDowall was an elected member of the States of Alderney, one of the Channel Islands within the Bailiwick of Guernsey, where he serves as Chairman of the Finance Committee and Deputy Chairman of the Policy Committee. Outside politics, Robert is an adviser to a number of businesses. Robert is a frequent contributor to industry thought and comment in the international, national and the financial industry press on financial markets. Robert has over 35 years experience in the Banking and Securities and Investment business, with companies including Merrill Lynch, Pru-Bache and Singer and Friedlander.

Bob focuses on trading issues in the European marketplace as they apply not only to those within the capital markets sector, but also to those within wholesale banking. He specializes in all asset classes, risk issues and compliance with European regulation, most significantly Basel II, Basel III and MiFID. He has spoken at numerous industry events and conferences, including Worldwide Exchanges Conference, Sibos and GARP. Bob has published research on a range of business issues which impact financial institutions conducting business globally as well as in European and the Middle East. The topics covered include risk and regulation, exchanges, trading platforms and securitization. Bob has frequently appeared on television networks including the BBC, CNBC's European and Arabic networks as well as CNN and Bloomberg to provide industry comment and analysis. He is a frequent contributor to industry thought and comment in the international, national and the financial industry press and pens a regular column for The Economic Times of India. He has also worked with the private French monetary think-tank, Le Centre Jouffroy pour la Réflexion Monétaire.

Robert has recently completed his three year term as President of the Folklore Society, an Academic Charity, of which he is also a Trustee, based at the Warburg Institute in London. He is a court member of the Tin Plate Workers Livery Company. His other interests include wine, transport and music. Robert has a wife, Susan, and one son James. Robert has a degree in law (LL.B) from University College London.