The Elusion Of Efficiency (During Covid-19)

The Elusion Of Efficiency (During Covid-19)

[An edited version of this article appeared as "The Elusion Of Efficiency During Covid-19", Future Health Summit Blog, Investnet (2 June 2020).] 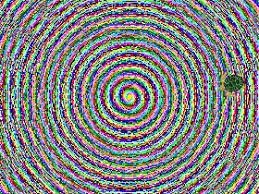 During the covid-19 pandemic one dog hasn’t barked, “collapse of the internet”. The internet performed the way it was meant to. Grotesquely expansive with multiple connections running everywhere, and lots of spare equipment, yet when many core support functions were affected by covid-19, e.g. data centre staff ill or cable repairs unavailable, the darn thing just kept on working. But surely, there is a more efficient way to run a networking system…?

Systems can be classed as resilient or robust. Resilient systems adapt, resist, or change to keep functioning within historic parameters. Robust systems function in the presence of failure or wildly abnormal conditions. Resilient systems get by. Robust systems try to eliminate the problem. A resilient networking system can handle the odd outage. A robust networking system can handle catastrophe, such as nuclear war, as the internet was designed to do. If an efficient running dog is a Greyhound, then robust might be a Labrador.

The tools for building robust systems are well-studied, avoiding single points of failure, redundancy, increasing degrees of freedom, ensuring requisite variety, dual-use, triple-use (or more) system components, all within an agile project management environment. There have been some outstanding robust health components from centres for disease control to the WHO, hospital ships, equipment stockpiles, and other forms of spare capacity. Robustness often correlates strongly with ‘fat in the system’.

Covid-19 has put several ‘efficient’ systems under breaking strain. Supply chains and credit systems, as well as health systems, have all come close to collapse at points. Highly-efficient systems are frequently the opposite of resilient; they are too often brittle. An overly-simplistic analogy might be that a glass eye-dropper and a sponge can both move water from place to place, but one is brittle while the other is robust in new environments.

Perhaps the most important aspect of all is to look harder at appropriate measures. An old civil service mantra focused attention on economy, efficiency, and effectiveness. Economy – getting by with the least. Efficiency – good ratio of outputs from inputs. Effectiveness – gaining the right result. On a pure ‘economy’ or ‘efficiency’ basis, many third-world healthcare systems score highly. Effectiveness is harder to measure. In late 2019 a new Global Health Security Index rated the UK number 2, and the USA number 1, as countries ‘best prepared to deal with a pandemic’. Hmm. But who was prepared to pay for more preparedness?

There are richer measures. Conventional cost-benefit analyses focus too much attention on efficiency. Cost-benefit analyses can incorporate effectiveness measures and robustness by adding in real option theory. Using options, analysts can derive a value for the increased certainty, or its reciprocal, volatility reduction, that robustness provides. This starts to get a grip on how much more to pay for a step change in robustness. However, this analysis still needs people to indicate the risks they would like to minimise or eliminate.

The biggest issue impeding robust systems seems to be people’s attitudes towards risks that have low near-term probability combined with high impact. A pandemic is one such. Climate change another. “I’m rewarded on efficiency and this risk might not happen on my watch. Defer.” There has been trendy talk about ‘black swans’, ‘unknown unknowns’, and ‘radical uncertainty’. Whatever we can imagine might set out a risk for us to consider, ceasing to be a black swan or unknown unknown. More knowledge might turn it from radical to classic uncertainty. What people repeatedly fail to deal with are ‘ignored knowns’, of which pandemics are but one, alongside a list containing antibiotic resistance, air pollution, vaccine hesitancy, or obesity.

The probability that ignored knowns will materialise over time is strong, but the motivation to address them is weak. Oddly, the founding fathers of the internet took a low near-term probability combined with high impact, nuclear war, seriously enough to propose and build a robust network. Likewise we should ask ourselves how we propose to build and fund robust health systems?