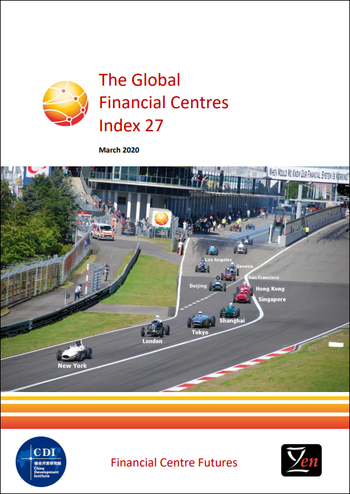 The Causes And Consequences Of The Recent Turmoil In Gilt Markets: A Submission in Response to the Work and Pensions Committee’s Call for Evidence

The twenty-seventh edition of the Global Financial Centres Index (GFCI 27) was published on 26 March 2020. GFCI 27 provides evaluations of future competitiveness and rankings for 108 major financial centres around the world. The GFCI serves as a valuable reference for policy and investment decision-makers.

120 financial centres were researched for GFCI 27 of which 108 are now in the main index. The GFCI is compiled using 138 instrumental factors. These quantitative measures are provided by third parties including the World Bank, the Economist Intelligence Unit, the OECD and the United Nations.

The instrumental factors are combined with financial centre assessments provided by respondents to the GFCI online questionnaire. GFCI 27 uses 37,695 assessments from 5,064 respondents.

The Results Of GFCI 27 Include: