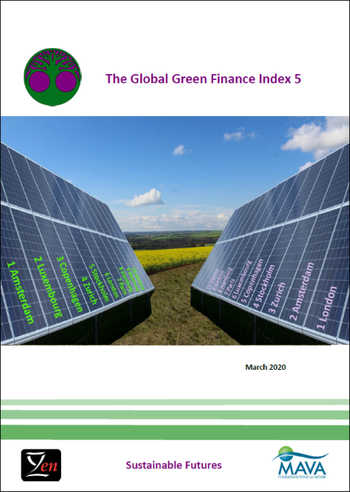 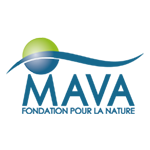 The fifth edition of the Global Green Finance Index (GGFI 5) was published on 24 March 2020. GGFI 5 provides evaluations of the depth and quality of the green finance offerings of 67 major financial centres around the world. The GGFI serves as a valuable reference into the development of green finance for policy and investment decision-makers.

The GGFI has been developed jointly by Z/Yen, as part of its Long Finance Initiative. We are grateful to the MAVA Foundation for its sponsorship of this work.

The GGFI is updated and published every March and September. 120 financial centres were researched for GGFI 5 of which 67 now feature in the index. The GGFI is compiled using 135 instrumental factors. These quantitative measures are provided by third parties including the World Bank, the Economist Intelligence Unit, the OECD and the United Nations.

The instrumental factors are combined with financial centre assessments provided by respondents to the GGFI online questionnaire. GGFI 5 uses 4,290 assessments from 717 respondents.

The Results Of GGFI 5 Include: