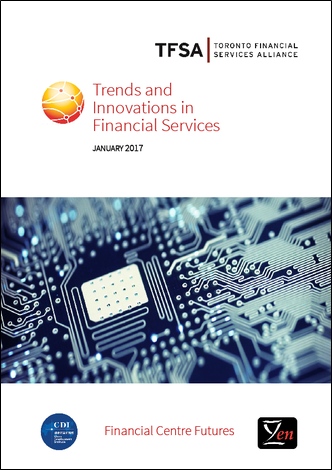 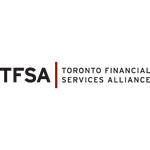 In order to see through some of the confusion, this report provides an overview of the perceptions of international finance professionals and their views regarding recent trends and innovations in financial services and by FinTech.

The report was commissioned by the Toronto Financial Services Alliance (TFSA) and produced by the Z/Yen Group Limited. The research was conducted via two online questionnaires as well as desk research and informal interviews with experts in the industry.

We also examined a number of specific areas of FinTech including cyber-security, mutual distributed ledgers (MDLs, aka blockchains) and new payment and transaction systems.

We also assessed how different financial centres may fare with the innovations taking place. The centres we asked about were selected to give a good coverage of the different geographical regions.

Of the areas we researched, increased regulatory pressures and a general slowdown in economic growth are seen as the most significant areas. Brexit was in fourth place and viewed by many as a global issue rather than one that just affects the UK and the EU.

35% of our respondents felt that increased regulatory pressures would have a negative effect on financial centres with 55% thinking that the increase in pressure would have little or no effect.

We asked respondents to assess what effect the anticipated slowdown in economic growth would have on financial centres. 28% of responses said they expected a negative or very negative effect whilst 13% thought that the slowdown would have a positive or very positive effect. There were no significant variances from these average scores for the different financial centres.

Respondents felt that the European centres of Frankfurt and Luxembourg are likely to experience a positive effect from Brexit but that financial centres further away from Europe such as San Francisco, Sydney and Toronto would see little or no effect from Brexit.

Overall half of respondents thought that there would be little or no effect. The significant variances from the average were for Hong Kong and Singapore.

We asked respondents to assess what effect the anticipated increase in required levels of transparency in asset and wealth management would have on the competitiveness of financial centres. Overall half of respondents thought that there would be little or no effect. The significant variances from this average were for Hong Kong and Singapore where respondents felt that more transparency would have a negative or very negative effect (over 45% of respondents in both cases).

In terms of specific areas of FinTech, cybersecurity was perceived as the single most significant area overall, with big data analytics and mutual distributed ledgers (MDLs aka blockchains) in second and third. Respondents from Asia and Europe thought that cyber-security was more significant than respondents from North America.

When asked about the importance of drivers for growth in FinTech, respondents’ views were split very evenly between client demand, business process streamlining and cost savings.

We asked what the main factors were, that make technology so attractive to finance firms. The top two factors, by some margin, were security/data protection and cost reduction. Improved client retention and monetisation of data came third and fourth respectively.

We were keen to discover the main factors that might slow down the adoption of new technology in financial institutions. The existence of legacy systems was the leading factor but all eight factors we suggested scored fairly evenly.

We asked respondents which financial sector would suffer the most disruption from advances in FinTech. Perhaps unsurprisingly, retail banking came top of the list. The insurance sector was second. We speculate that this is due to the possibilities for mutual distributed ledgers to revolutionise the sector.

We asked respondents to assess the factors that were most important in creating an attractive environment for FinTech companies. The availability of skilled staff, the regulatory environment and access to finance were the three most important factors although many factors go together to form a favourable ecosystem for FinTech. The top five centres were London, San Francisco, New York , Singapore and Toronto.