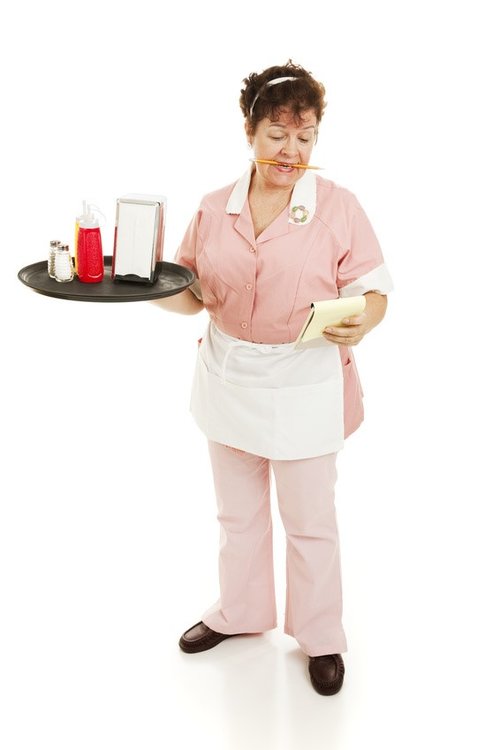 New technologies have enabled platforms that commoditize and cheapen workers. Governments are moving towards creating a new generation of alternative online labor markets. Fully featured, granular, and highly data-driven, that infrastructure could open up investment in upskilling and equipping low-paid workers.

Few Pamphleteers readers will have spent hours tapping their phones in search of another booking from an app like AmazonFlex, Deliveroo, Postmates, Doordash, Uber or Grubhub. But millions of breadwinners have. And their day-to-day destabilizing uncertainty about employment is no longer confined to freelance “gig workers”. Corporate employers increasingly rely on workforce scheduling software that can summon employees in, and send them home, hour-by-hour in line with their employer’s unpredictable needs.

This is reality for the 21st century low-skill workforce. Buyers of labor are migrating to systems that generate an on-call, commoditized, cheapened pool of constant work-seekers. Short-term subsidies from companies like Uber help the shift. Those early losses are recouped by taking a 30% or so slice of each worker’s earnings once critical mass is reached in a city.

The trend is international. Over 30% of the US workforce were reliant on at least some “gig work” pre-pandemic. Some estimates put it at 43% by end of 2020. Externalities of this model are wide-ranging: desperate financial volatility, health issues, popular rage.

Those problems are bringing a fast changing labor market onto politicians’ radar. Some are trying to legislate against current excesses. Others are realizing they need to stop playing catchup and start unlocking new technologies to genuinely drive individual opportunity, maximized employability and post-pandemic growth.

As this possibility for public policy develops, it will create new possibilities for investment. We would like to engage the Pamphleteers' community around understanding how that could work.

The Not So Dead Hand 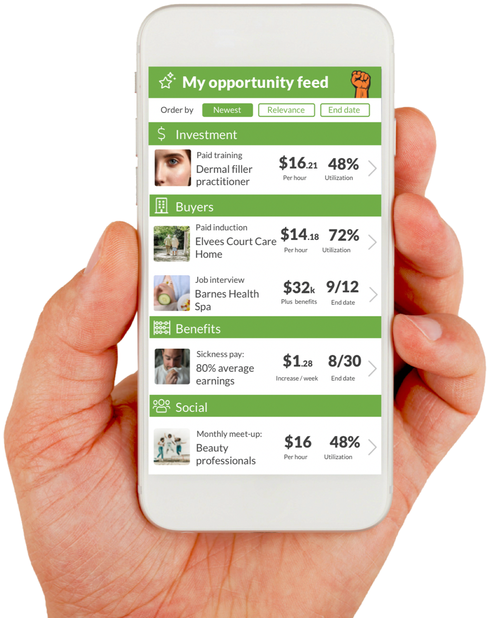 The markets we created were launched small-scale by 20 local authorities including Leeds, Bristol and Newham, before becoming a key plank of the Universal Credit scheme. But that sweeping overhaul of the entire welfare state eventually floundered with components – including ours – progressively shelved.

Looking around, we realized no other country had created marketplaces like ours. A copy of the technology was put in a non-profit for open sourcing and attention turned to the US. Public Workforce Boards there were receptive and, funded by national philanthropies, we relaunched in Los Angeles County earlier this year. Preparation for that initiative won US Conference of Mayor’s prize for best economic development initiative in America.

That was quite an achievement for technology funded by UK taxpayers. But it’s part of a much wider vision around how governments could now initiate empowering online markets covering all micro-economic activity. That goes way beyond gig work. The private sector has no incentive to do this alone.

I wrote books about this vision in the 1990’s. It has always been deeply contrarian. But now, the FT has positioned itself around “Resetting Capitalism”, 40% of Americans regard socialism as a good thing, and only 6% of Brits hanker for the pre-pandemic economy’s return. A conviction that Silicon Valley should be left unfettered to build its vision for micro-economic infrastructure is no longer unassailable.

Markets Across The Entire Micro-Economy

So, imagine a platform we call POEMs (Public Official E-Markets). It facilitates trading across many thousands of sectors; animal care, bike rental and cleaners through to windshield replacement, yoga lessons and zoo tours. Anyone can sell in any sector in POEMs subject to meeting any legal or licencing requirements. The platform is initiated by government to drive economic growth and individual opportunity. Its charges are low; perhaps 2% of each purchase, rather than 30%.

With scale, this system of markets could have features that are inconceivable for regular people seeking economic opportunity at the moment; personalised data on next-step opportunities, tools to reward genuine reliability, micro-loans, precisely targeted interventions, interfacing into public assistance and investment in worker progression.

Writing the above, I can sense some Pamphleteers readers’ reaction: “so you’re proposing a government-knows-best statist disaster aiming to trample over the free market”. Everyone at this end frets about that possibility. I’d like to unpack the justifiable concerns to see if they could be mitigated. In my experience, there’s four specific worries at work: 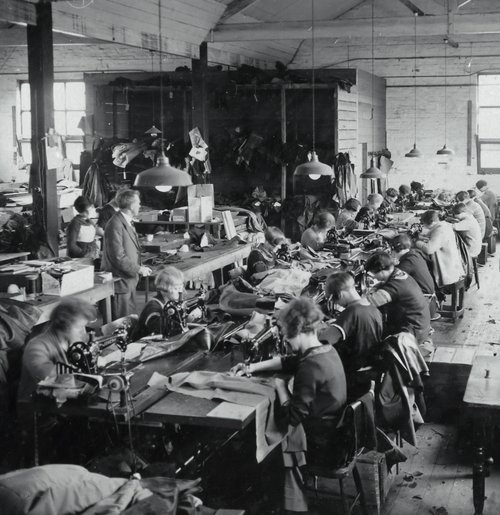 1) The private sector should be left to deliver better markets across the bottom of the economy. They can’t, for the same reasons they couldn’t deliver – for example – a coherent national road network, only thousands of incompatible toll-roads and horse tracks.

It’s counter intuitive, but capitalism has always needed facilities it can’t itself provide. It couldn’t shape a solid money supply, when the US government dropped out of currency issuance thousands of entrepreneurial note issuers started slugging it out. Once the official dollar returned, it spawned stability, financial innovations and convenience.

In today’s online markets, private sector operators need dominance in a tight niche to make returns. Out-advertising rivals to get critical mass is hugely expensive. Doing it across thousands of sectors to create seamless markets is prohibitive. Even if anyone did it, they would be quickly undercut in cherry-picked sectors by competitors. And regulators would likely cap their unfettered dominance of so much economic activity.

As with other national technologies: government has unique powers to aggregate and facilitate any system of e-markets. The payback it wants is economic growth, individual opportunity, public data and inclusion; not competitor-killing profitability. That can shape a genuinely enabling service. 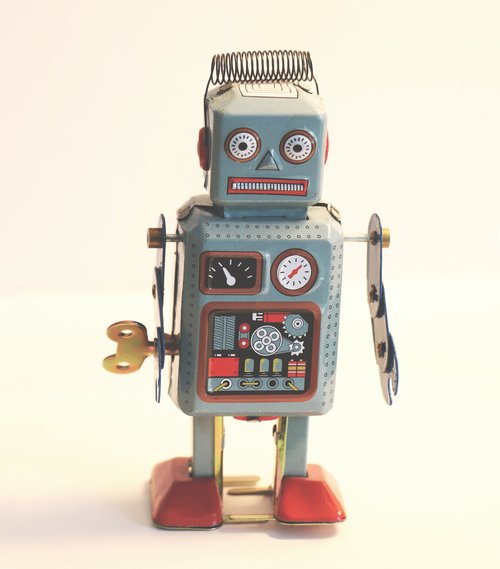 The headlines are typically smaller, but there’s plenty of comparable private sector smash-ups. Lidl blew 500m Euros on a software implementation before reverting to their old system. A bug paralysed billions in trading on London’s Stock Exchange. Misconfigured price comparison code had Amazon selling thousands of third parties’ goods for one cent.

Stuff happens with IT systems whatever their official status. But there’s a model for risk adverse governments that we would recommend for POEMs: an official concession. That’s how – for example - the UK gained a National Lottery.

The Lottery has never been funded, designed or run by public bodies. A Tory government simply shaped the 1993 National Lottery Act. It outlined parameters for the service and official benefits accompanied by public service obligations to be conferred on its operator. Rival consortia bid for the concession, the winner did a great job and made a lot of money. But, if they had screwed up, the Camelot consortium’s shareholders would have taken the hit, not taxpayers. 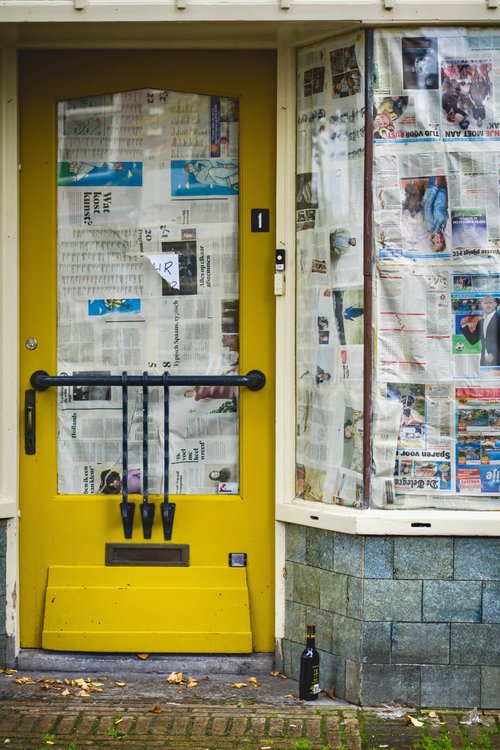 3) POEMs would be statist, government using its power to compete with existing businesses. Again, let’s not overlook what the private sector is capable of when it comes to distorting markets and stifling enterprises. Google upends small businesses reliant on its traffic with secretive changes to ranking algorithms. Uber randomly starts and stops new services, destabilizing its own, and external, sellers. Countless small sellers have to use Amazon because that’s where the buyers are. Amazon then appropriates data on their sales to compete against them.

But replacing one skewed market operator with another isn’t good policy. The concession enabling POEMs needs to shape an enticing business opportunity by committing public spending to flow through the system’s markets and access to other official facilities. But it should also build in some key protections for users and the wider economy:

4) Governments are too timid to do something as bold as this. That’s been our experience for years. But look what’s gaining traction post-pandemic: Universal Basic Income, Green New Deal, free health care across the US. In the new line up of economic policy possibilities “Modern Markets for All” is tame: It would cost the taxpayer nothing. And it widens everyone’s choices; if you don’t like POEMs, stick with unfettered private sector platforms.

Governments can be slow to act, and that’s good. Their powers need to be activated only when market failure has become incontrovertible. But once a first government has fully exploited a new technology, the rest can be fast followers. In the mid nineteenth century, Britain used legal frameworks to be first with co-ordinated railways, public water supply and universal postage. Nations around the world scrabbled to catch up.

So, the mission at our end is to find a first government to do this, not seek to persuade them all. That could be a nimble small nation seen as an initial loss leader by putative consortium members (Ireland?), a vast territory hungry to digitally leapfrog rival nations (India?), or a struggling territory wanting to show it can clean up its economy to get support from a wider community of nations (Italy?).

It’s the possibilities for investment through POEMs we are keen to engage FS Club around. Assume a first country launched such a service and saw it widely adopted. That’s not improbable for an officially backed scheme: the National Lottery was played by 96% of UK adults in the week it featured a first double rollover.

Assume hugely detailed data is being gathered and published, after anonymization. Reliable sellers in thousands of markets can be instantly targeted. Internal mechanisms to robustly transfer micro-payments, then control how they are spent, sit alongside thriving sub-markets for all sorts of trainers, examiners and equipment rental. How could that come together to excite fund managers, venture capitalists and social investors?

As a starting point, the following market metrics are likely to be most insightful:

Using these building blocks, it’s easy to imagine specific micro-opportunities. Perhaps van drivers in one area have 20% utilization on Mondays with bricklayers at 90%? Offering to fund training of provenly-reliable van drivers with start-of-week availability who would like a move into bricklaying for a 40% uplift in earnings becomes enticing. A condition of receiving the investment could be that each new “brickie” allows 25% of their earnings enhancement to be automatically deducted for the investor’s return over 12 months.

Or, data could show shortage of equipment as a market failure. Suppose utilization of at-home beauty therapists is high. They are trying to obtain high-end hair-curling tongs for those bookings, but not enough are being offered for rental. Either reliable beauticians could be offered their own tongs in return for a cut of enhanced income. Or POEMs’ network of “holders” (householders who store others’ goods, checking them in and out for local bookings) could be offered the chance to rent out curlers owned by the investor for a 25% cut of their tongs’ rental income. 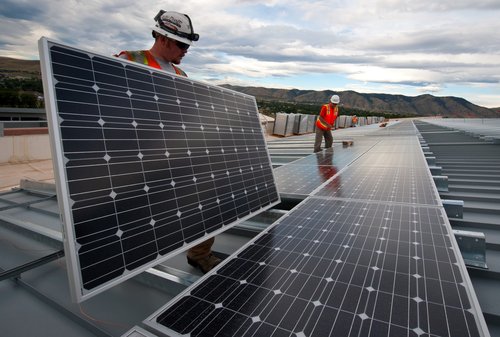 Anyone could create a market intervention in POEMs. Amateur investors might back a hunch such as “I think demand for renewable energy will increase, I will fund extra training of 25 local electricians so they can also sell as solar panel fitters. Each must agree to 30% of additional earnings going to my account for 6 months”.

Professionals would build a range of tools to identify openings with the desired profile. Algorithms allocating millions on behalf of fund managers could hunt for these opportunities across thousands of sectors and millions of work-seekers, all the time ensuring there’s no saturation of currently underserved sectors. The platform itself could help with aggregation of opportunities, analytics, enforcement tools, aftermarkets, bond issues, and economic stabilizer tools.

It’s a long way from delivery riders app-tapping in search of survival work. And the possibilities above are just an obvious beginning. As governments get more radical post-pandemic, ideas first outlined to the Pamphleteers in 2014 could rapidly gain traction. We would welcome the chance to now pick the community’s brains on how opportunities for direct, tailored, investment in breadwinners could be made as attractive as possible.