What Have Discount Rates Got To Do With A Sense Of Urgency?

One of my favourite jokes is about a Spaniard unsuccessfully trying to translate “mañana” for an Irishman. The Irishman concludes, “we have about 40 words with a vaguely similar meaning, but none convey quite the same sense of urgency.”

Mankind knows it is poor at addressing long-term problems. French humorist Alphonse Allais quipped, « Ne remets pas à demain ce que tu peux faire après-demain. » “Never put off till tomorrow that which you can do the day after tomorrow.” There is much academic literature on personal and group procrastination that will not be recapitulated here. What this Pamphleteer hopes to address is how mankind might develop responses to our procrastination.

In an increasingly crowded and interlinked planet, long-term problems abound. They can’t all be solved at once, yet it’s hard to muster widespread agreement to solve one and move on to the next. Getting people to take action is easiest when their backs are against a wall. This is even a respected management approach, as researched in “Vision Into Action: A Study Of Corporate Culture“ (1992) – “the crisis point as trigger”, in other words, “if you don’t have a crisis, create one.”

Roy Amara (1925-2007) was an American scientist and President of the Institute of the Future. Amara's Law has gained widespread currency, “We tend to overestimate the effect of a technology in the short run and underestimate the effect in the long run.” A corollary to Amara’s Law might be, “We tend to overreact to problems in the short run and underreact to problems in the long run.”

One reason for the corollary is that a typical response is to let the high pressure problems rise to the top of the in-tray, and then solve the one on top with the most political pressure behind it, yet with widespread general agreement. This approach has the advantage of probably already having widespread support to solve whatever is top of the in-tray: fox hunting, free speech in universities, feral dogs, illegal immigration. We can even invoke a democratic mandate for change, while ignoring far greater problems.

There are numerous examples of long-term problems that are inadequately addressed: population growth, moving to quantum-resistant encryption, bearing the costs of more diverse and resilient supply chains, the replacement to London’s Thames barrier. Other long term problems include, my losing weight, difficulty in getting in enough music practice, or my writing backlog.

Vastly more important and inadequately addressed long-term problems are the UN Sustainable Development Goals. In 2015 a lot of people pondered and issued 17 interlinked global goals that formed a “shared blueprint for peace and prosperity for people and the planet, now and into the future”. Solving these can only be done with sustained effort over long periods of time. There is no way to do these all at once.

Bring Back The Future

There are many elements to solving long-term problems, but what often unites long-term problems and long-term solutions can be bringing the costs from the future back to the decisions of the present. And this leads us to markets and discount rates.

Markets are gigantic engines to help people make unimaginable numbers of daily decisions. Choosing this product over that, using this approach over that, or solving this problem over that. With the right inputs of competition and costed externalities, along with proper exclusions of agency issues and information asymmetries, they work. However, amongst the ‘right inputs’ is a monetary system, and core to the monetary system are discount rates.

However, the interest rates set by central banks, commercial banks, or just me lending to you, may not reflect the benefit to society. A major piece of new infrastructure, say a flood barrier, may be of use over 100 years from now to stop major floods that absolutely certainly will happen and will cost 100 units over the century. What would is the most we would pay for the barrier? [Chapter 4 of The Price Of Fish, “Choosing To Steal The Family Silver”, covers this in depth, based on this Gresham Lecture, “Stealing The Silver: How We Take From The Dispossessed, The Poor And Our Own Children”]

We use interest rates to calculate discounted values over time. The discount rate refers to the interest rate used in discounted cash flow (DCF) analysis to determine the present value of future cash flows. If interest rates are 1% we might pay 63 units, that is to say, the 100 units of value we will get aren’t worth 100 units to us today. Each year we get 1 unit back, but over time we value each more distant unit a bit less. In the second year, about 0.99 of a unit, in the 100th year about 0.37 of a unit. In total over 100 years this sums up to 63 units. We value the 1 unit benefit per year of the barrier less because the benefit is in the future, a future many of us won’t be around to see. We have other things to spend our money on today that might pay back more more quickly. If interest rates are 2% we would only pay 43 units, at 5% 20 units, at 10% 10 units. Heck, we can make a lot of money in the next 10 years and then spend a lot on a bigger, longer lasting barrier. 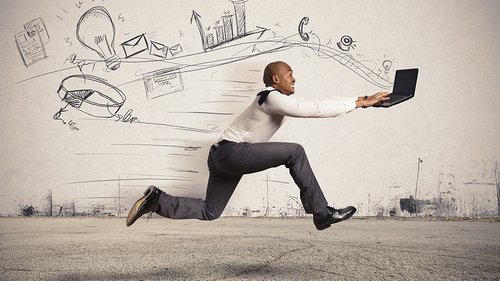 This just scratches the surface of interest and discount rate complexity. For starters, interest rates fluctuate all the time, and who knows what they will be like over the next 100 years. What if we build the flood barrier and then somebody comes up with a whizzo technical solution that’s better and cheaper? We don’t care about benefits after our death, but society might. Economists discuss the ‘social discount rate’ or ‘social time preference rate”. Before the financial crises, HM Treasury used 3.5%, sometimes 1.5%.

A high discount rate implies that people don’t value the future much, they want money increases quickly, and therefore that less investment is needed now to guard against future costs. A low discount rate says we value future generations. From structured samples of the general population, people generally estimate 1.5% as their discount rate. This is not surprising because the average annual death rate for adults is about 1.5%, but it does not augur well investments beyond one generation.

Discount rates are important in economic decision-making. In 2007 the Stern Review, “The Economics of Climate Change, itself a great study in setting long term interest rate, called for much lower social discount rates to be applied to public sector investments in order to bring large carbon avoidance projects forward, e.g. renewables. Stern recommended a discount rate around 1.4%. In 2007 interest rates were about 5.5%. In December 2008, the base rate dropped to 2%, and then to 0.5% in 2009 where it remained for around seven years. Environmentalists before 2008 were claiming that society was making poor decisions because discount rates were too high. Since 2008, it’s not clear that society has been making better decisions. And now interest rates are due to climb again. So interest rates are clearly not the complete answer. Great for long-term analysts, but not much use day to day. Montgomery provides an excellent, complementary insight:

“Whereas physical systems concern material objects, the central nexus of economics is value, which is not inherent in any physical object but rather derives exclusively from human desire for particular objects at certain peculiar times. Therefore, the ultimate subject of economics is not gold or savings accounts or money supply or houses or any physical goods whatsoever – but immaterial mental and emotional states. The fundamental difference between the values, or mental states, which are the subject of economic science, and the material objects, which are the subject of physical science is that mental states do not obey the Law of Conservation of Momentum … Unfortunately, mental states, and hence economic values, unlike physical phenomenon, do not remain constant with time.”

The big social decisions that matter, education, health, environment, and social care for the elderly and disadvantaged need consistent long-term attention. Just like taking a diet a day at a time, we need to find ways to convey urgency – do something today in a positive direction, however small – with long-term commitment. “We need to react appropriately to problems in the short run and appropriately to problems in the long run.” 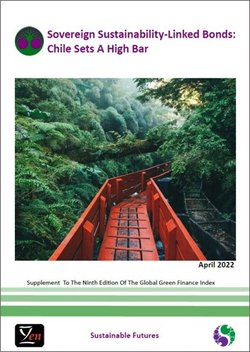 Markets, when properly constructed, have done this well in many areas. We tend to focus on the problems with markets, naturally, but forget the gargantuan successes of markets over the decades on transportation, computing, housing, energy, etc. Budgets and budgeting are simple examples of bringing the future into the present, day-by-day, week-by-week or month-by-month. We depreciate fixed assets and amortise intangible assets over the lifetime of the assets. A recent example of combining markets with long-term commitment has been to use carbon markets to price increasingly restricted emissions, but include a sovereign policy performance bond linked to sustainability targets, so we know that a government is financially committed to stated long-term goals. The first sovereign sustainability-linked bond was issued by Chile in March 2022. The bond pays more interest if Chile fails to reduce its emissions and increase its renewable energy significantly by 2030. Chile has brought forward the costs of failure to today’s decisions, and bond-cuffed itself to their success ("Sovereign Sustainability-Linked Bonds: Chile Sets A High Bar").

There are other examples of people using pollution pricing, longer-term nature insurance, or longer-term secondary markets on voluntary carbon offsets to bring the future into everyday decisions. The same policy performance bond thinking was used in 2017 by Malaysia's sovereign wealth fund, Khazanah Nasional Berhad, raising RM100 million in a second tranche - Sustainable & Responsible Investment (SRI) Sukuk tied to educational attainment. If the state failed to raise educational achievement, then investors were compensated, especially those who were investing against promises of an improved future workforce.

Making markets work is the way to address the SDGs and avoid that corollary to Amara’s Law. We need more creative market and finance mechanisms that bring future costs into today’s market prices, and thus our daily decisions.