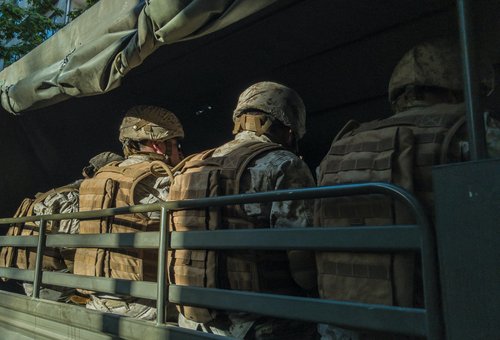 We live in complex, changing and interdependent times. The combination of the pandemic, technology advances, climate change, food and energy security have now been joined by the withdrawal from Afghanistan. Throw in Brexit for luck and these times are unprecedented in our lives.

Personally, I dislike the use of “unprecedented” because it can be used as an excuse or allow defeatism to win. I think that there may be examples we can learn from that could accelerate the transition of the economy and a society to a more stable place than seems possible today.

The slow pace of implementation of net-zero policies, the investment required to de-carbonise transport, construction, food and so on make optimism feel “pollyannaish”.

However, at the end of the Vietnam war, there was significant effort put into the transition of the US defence engineering capability into the civil sectors. Companies such as Lockheedwere able to use their programme management, systems integration, skills and cultures from defence to build new businesses. Similar transitions can be seen post the end of the cold war.

The withdrawal of the US as the world’s policeman is written in much of the media in terms of defeat or the start of an era of instability.

One thing that we can learn from the end of Vietnam, was that civilianisation of skills created the infrastructure and capability to grow the dominant US high-tech computing industries. 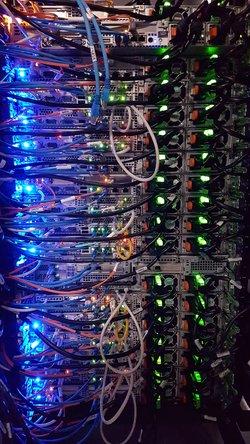 Now with the rise of Fintech challenging the traditional big players, and the increasing obsolescence of the petrochemical industries, can some of the freed capacity create a “peace dividend” this time round and help us address the many systemic challenges that society and the economy face?

Around 1990, I was invited to a supplier day of a large bank. Faced with the rise of EFT-POS, telephone banking and insurance they wanted to encourage their suppliers to be more innovative in thinking about the future of their industry.

There was one slide that I remember that had a big impact on me at the time.

They were a bank, yes… but they had more programmers than Logica ( an IT company), a larger telecoms infrastructure than Mercury ( BT’s principle competitor) and a training division larger than any Further Education college.

Looking back, there is an interesting counterfactual - they put effectively dismantled their telecoms infrastructure by putting it into a JV, a sale and lease back, or floated it off. How might the evolution of the UK digital economy be different if they had maintained and built on their capacity?

The developments in AI/ML are expected to impact professional services firms increasingly by the end of this decade. Will we see simple Darwinism and consolidation or are there other possibilities?

Let me illustrate with a few possibilities.

The military has enormous logistical and hospitality skills. “An army marches on its stomach”. Personally, I find the potential of “agritech”, the use of robots, drones, the internet of things and other technologies to deliver sustainable food a fascinating possibility, with some interesting examples in development. On my initial run through of what is needed, I was surprised to come to the conclusion that there are potentially suppliers in the military sector who have much of the capability already.

Similarly, the fragility of medical supply chains globally in the pandemic has caused many to reflect on whether we can address the challenge with the current models. Some of the petroleum companies logistics systems might be redeployed to address these challenges.

The key argument for the capitalist model is the efficient allocation of resources to creating and delivering value.

In these times of disruption, are we valuing some organisations capabilities wrongly because we think in sectoral terms?

It is worth looking at long lived organisations that have reinvented themselves many times. One interesting example is Dupont, which founded in 1802 as a Gunpowder company, and over the following 200 years has been important in areas as diverse as Nylon and Teflon.

Look at the challenges of de-carbonising transport infrastructure, as one example. If we have to build the capabilities from scratch the chances of meeting 2030-2050 targets look grim. If however, we start from the capabilities needed to deliver a zero carbon construction life cycle, I’ve come to the conclusion that there may be some organisations who could “re purpose” some of their divisions to deliver the scale and reach needed to address the systemic challenges.

So, let me leave you with a challenge. In an earlier blog piece here, I pointed out that Lloyds started life as a coffee house. 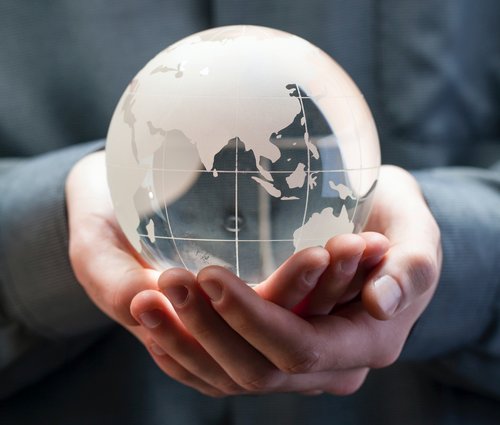 Look forward 100 years. Imagine a current major financial services company. Can you think of one who might be the largest “Green Services” company by redeploying its current scale and reach?

I increasingly think that redeploying existing capability to solving new problems is more likely to accelerate beneficial change than investing in new capacity.

Over the last few years, I’ve seen reports about the number of jobs at threat in various sectors because of AI/ML and other advances. That seems to me to be too pessimistic. These may be unprecedented times but there are some precedents for systemic reinvention that we could learn from to tackle the challenges we face.

For me, the central issue is whether the financial models of today can deliver these changes or whether we need to reinvent new financial models to support these transitions. Specifically, would Private Equity be viable in this type of reinvention? In consolidating an industry, or turning a specific firm around I can see a case for PE. I find it much harder in this case.

Family firms and sovereign wealth funds can take longer term views.. The cases from the past that I have tracked down were on the public markets.

I want to be optimistic. Fingers crossed.