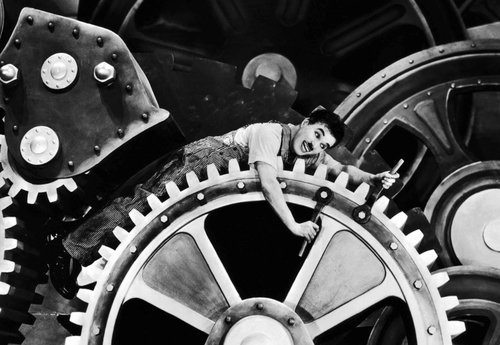 In 1930 Keynes predicted that by the century’s end technology would have advanced so much that leading countries would only be working 15 hours per week. While it is true that working hours have generally declined from the 1950s onwards, we’re still far from the 15-hour week envisioned by Keynes. If anything, the ‘hustle culture’ of side gigs, self-directed projects, extra hours, and “leaning in,” in Cheryl Sandberg’s words, has been a dominant paradigm in the discourse of work over the past decade. Until the Great Disruption of the pandemic struck, upending all our expectations about how work works.

Among the swirling tides of debate about whether we’re getting back to normal, experiencing a new normal, getting to grips with the next normal, and so on, there are some signals that the social and political barriers to the 15-hour workweek might be eroding. ‘Hustle culture’ might soon be a relic of a bygone era.

In a phenomenon being dubbed “the great resignation,” a range of research including a recent widely-cited survey by the Microsoft Work Trends team posits that 40% of the global workforce is considering quitting their jobs. April saw the biggest spike in US employees quitting their jobs on record, according to the Department of Labor. Employees who have been on furlough or made redundant through the pandemic are now reluctant to return to their roles--at least, not for the same wages as before. And this isn’t only a Western phenomenon: in China many workers are eschewing the high-pressure, high-flying urban life for a “lie flat” mentality seeking a life of fewer material expectations.

For obvious reasons these kinds of headlines are making titans of industry very skittish: employers want to know how to attract and retain talent, and how to keep up productive output, in the face of collective ennui. In response the business press is endlessly debating whether we should push for a return to the office, embrace distributed working, or design hybrid models, but all this hand-wringing over where people work may not be getting to the heart of what people really want.

Interestingly the surveys which show such alarming numbers about how many workers are considering leaving their jobs within the next year are far less forthcoming on why that might be the case: articles frequently speculate on this but there seems to be little real, rich qualitative data on it thus far. Furthermore, if such a large proportion of the workforce is considering a shift, this may turn into the world’s largest game of musical chairs, with workers hopping from job to broadly similar job with little underlying structural change in when, where and how we work, or what we work on.

But there is another possibility--or rather, one possibility among a range of new future imaginings, but this one has data: researchers recently concluded the world’s largest trial of four-day working weeks, demonstrating that worker wellbeing improved dramatically across a range of indicators while maintaining or increasing productivity and service provision. Spain will shortly begin a similar trial, and there are calls for similar experiments in the UK. While this 32-hour workweek is still more than double Keynes’s envisioned 15 hours, it may represent a sharp stride (or perhaps a leisurely meander) in that direction.