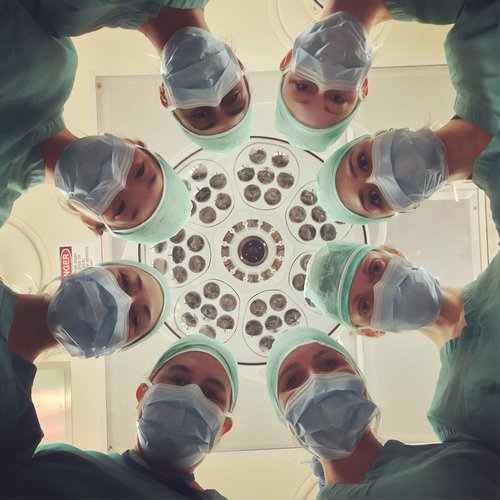 Economic doctors have neglected to prescribe old-fashioned self-financing “Stamp Scrip” money to cure infected economies. Today this type of money would allow the UK government to avoid deficits, more debt or taxes to meet its 15% of GDP commitments to try and sustain its infected economy.

Stamp Scrip was privately issued to revitalize a number of European and US communities during the Great Depression. Keynes supported Stamp Scrip. He described its inventor Silvio Gesell as an “unduly neglected prophet” [i].

Today, digital money would replace the need to purchase stamps. Revenue from selling stamps was used to redeem Stamp Scrip with a small profit after a year. The revenue represented a negative interest rate paid by the users of the money. Digital revenues can be collected continuously and automatically through the Internet.

However, negative interest rates were not considered in the March 2020 Bank of England Discussion Paper on if it should issue a CBDC. A follow up Webinar organized by the Bank on April 7 also neglected this option.

Likewise, neither the Discussion Paper nor a second poll held during the Webinar considered if the government should directly create digital money. The poll only gave three options for the 1,200 participants to vote on. These were: “Just the Bank of England”, “The Bank of England alongside the private sectors” and “Just the private sectors (but backed by funds at the BoE)”[ii].

A generous view of the above two oversights is that these questions were outside commonly accepted theories and practices of UK Central Bankers. If the City of London is to retain its global leadership as a financial center then the neglected questions need to be both considered and answered. 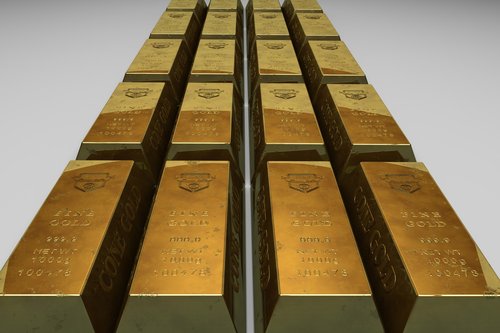 The Discussion Paper also assumed that a CBDC would be both a medium of exchange and a store of value. Neither the Discussion Paper nor the Webinar asked the question why a CBDC should be a store of value? While this has been a traditional role of money Keynes thought otherwise at a time when money was defined in terms of physical measurable quantities of precious metals.

Keynes observed: “money is a mere intermediary, without significance in itself, which flows from one hand to another, is received and dispensed and disappears, when its work is done”[iii]. Consistent with this view Keynes stated: “The idea of stamp money is sound”[iv]. Stamp Scrip is neither a store of value or unit of value. Today, official money has no defined value. Self-referential markets determine the value of official money on an unpredictable basis that feeds instability and “doom loops”.

Gesell invented Stamp Scrip specifically so it would not compete with real assets as a store of value. Stamp Scrip was explicitly designed to promote economic activity. Fisher, a leading US economist, called it “priming the pump”. This is exactly what is required today to reactivate infected economies.

The take home message is that different types of money are required in different situations. Digital technology introduces new ways for providing the functions of money. Some options could remove 25 disadvantages identified[v] in official money. Instead of exploring these possibilities the Discussion Paper sought to show how digital money could replicate official money. However, official money is too complicated. It has too many roles. These are to provide:

(i) A way of making payments by becoming a medium of exchange;

Stamp Scrip simplified the role of money to only being a medium of exchange.

While there are superior ways for conveniently providing a store of value, the more difficult problem is to define a stable unit of value. One suggestion on how this might be achieved based on also countering climate change is presented in the May 2019 Journal of Modern Accounting and Auditing.[vi] In the Great Depression, Gold was the standard unit of value when US Legislation was introduced to stimulate its economy with Stamp Scrip.

Fisher advised US Senator Bankhead and Congressman Pettengill on the design of a Bill for the issue of Stamp Scrip by the US government. The Bill provides a model for governments around the world on how to rebuild their sick economies without deficits, more debts and taxes. Fisher reproduced a copy of the Bill in the Appendix of his 1933 book on Stamp Scrip.

The Bill proposed the creation of $US1 billion of Stamp Scrip distributed to each US State in proportion to their population. Half the money was to provide welfare to individuals and half to create jobs by funding major infrastructure projects.

The Bill specified that each week a stamp sold by the US Post Office needed to be fixed to each note to maintain its validity. The value of the stamps was to be two percent of the face value of each note. After a year the government owned Post Office would have collected 2% for 52 weeks generating revenues 104%. After redeeming the notes the government would make a $40,000,000 gross profit without incurring any government deficit or debt.

Fisher reported that Stamp Scrip circulated four times faster than official money in stable times and twelve times faster during the Depression. For this reason it was also described as “speed money”. A digital version could well circulate even faster. This could reduce the cost for each user of digital speed money below the current transaction costs imposed by banks and credit card commissions. This reveals surprisingly and paradoxically that negative interest money could increase the profit margins for merchants.

The Bill was introduced to Congress on 17 February 1933 at the height of the Great Depression. Bank failures were rapidly increasing. The incumbent Republican President Hoover had failed to become re-elected in November 1932 when there was a landslide vote for Democrat Roosevelt. Congress deferred action on the Bankhead-Pettengill Bill as the inauguration of Roosevelt was only two weeks later.

The day after Roosevelt was inaugurated he closed all remaining banks until Congress could introduce emergency legislation to bail them out. Twenty years earlier private bankers had lobbied the US Government to set up the Federal Reserve Banking System for the specific purpose of providing lender of last resort facilities to privately owned member banks.

However, the Fed had failed to carry out the purpose for its creation in the Great Depression. This was because it possessed insufficient gold reserves. Congressman Steagall introduced a law in 1932 to overcome this problem by allowing the Fed to also use Government debt as “reserves”. However, this still did not allow the Fed to serve its purpose, as the US Government had insufficient debt.

To save the Fed from irrelevancy, Steagall replaced the Bankhead-Pettengill Bill with a “New Deal” not for the economy but for the Fed. This has ever since created more government debt to a level that now exceeds the US GDP. With all banks closed there was insufficient time to get the New Deal legislation printed. So on March 9 1933 Steagall read out aloud the new Bill to an emergency meeting of both houses of Congress. Considered debate was not practical. The legislation was passed with the New President signing it into law the same day.

The Fed again failed to meet its purpose in providing lender of last resort in the financial crisis of 2008. The US government was still required to bail out the banks and their customers with a $US700 Billion Troubled Assets Relief Program (TARP).

The UK Parliament has defined the BoE purpose is: “to promote the good of the people of the United Kingdom by maintaining monetary and financial stability”. “The good of the people” comes first. There is no mention of this objective for the Fed. Its web page states it was “created by the Congress to provide the nation with a safer, more flexible, and more stable monetary and financial system.”

As a consequence, creating excessive government debt with citizens being burdened with the cost of servicing them with taxes was not inconsistent with the purpose of the Fed. This is not the situation in the UK. It would seem that the BoE Governors could have a fiduciary duty to advise the UK Parliament, that at least in an emergency, it is the Government who should create its own money to avoid debt “for the good of the people”?

This was demonstrated in the small Austrian town of Wörgl in 1931. To provide confidence in the money issued by the Town Council, the Mayor took half his salary in Stamp Scrip. It was a great success with a number of civic infrastructure projects being built. Another outcome was that citizens paid their taxes in advance when they obtained excess holding to their immediate spending need. This illustrates how the issue of speed money can become self-limiting as a complementary currency.

Complementary currencies like the Swiss WIR and the International Reciprocal Trade Association founded in the US in the early 1970s have been found to increases macroeconomic stability. The WIR was formed in 1934 as a mutual association of small and medium sized businesses to initially issue stamp scrip. The role and development of credit associations is presented in a City of London Report.

The self-limiting nature of speed money supports consideration for distributing speed money to Local Government authorities and towns, or facilitating them to create their own issues. Privately issued speed money began legally circulating in Germany again without a financial crisis in 2003. It spread to a number of regions using modest negative interest rates in competition with official money. The European Central Bank recognised their existence in its 2012 report on “Virtual currency schemes”.

When Stamp Scrip began circulating in Germany early last Century it had a negative interest rate equivalent to 5.4 % per year. Keynes stated: “This would be too high in existing conditions, but the correct figure, which would have to be changed from time to time, could only be reached by trial and error.”[vii] 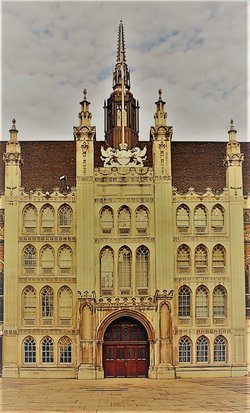 The ability any government at any level in the economy to initiate trials would very much depend upon the degree that their had access to digital infrastructure that was ready to process digital speed money. A Sheriff of London, Michael Mainelli noted in his 2020 Global Leaders Town Hall webinar[viii] on April 1, that negative interest money requires tracking the identity of those who need to remit interest payments to the issuer. The Australian government already privately tracks interest and dividend payments using tax file numbers.

The current viral infection has created a crisis that should not be wasted with analysis that leads to paralysis. Unprecedented times provide the best time to trial unprecedented initiatives. It is now politically tenable to take a “ready, fire, aim” approach for the government to trial self-liquidating money. It may allow future generations of citizens and governments to dodge the bullets of higher deficits, debts and taxes.

[ii] After 34 minutes and 50 second at: https://www.brighttalk.com/webcast/17726/394028?utm_campaign=communication_reminder_24hr_registrants&utm_medium=email&utm_source=brighttalk-transact&utm_content=title

[viii] After 34 minutes and 50 second at: https://www.brighttalk.com/webcast/17726/394028?utm_campaign=communication_reminder_24hr_registrants&utm_medium=email&utm_source=brighttalk-transact&utm_content=title