Five Things The Arabian Souks Tell Us About The Global Economy 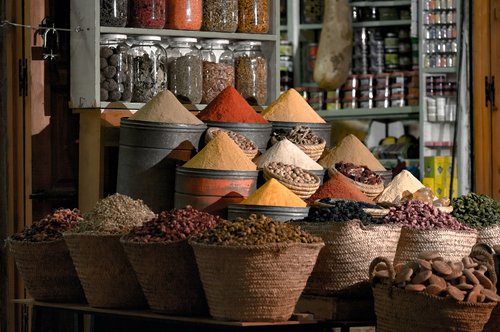 We are living in strange times, and the traditional measures of statistics and data for gauging trends in the global economy no longer work. A quick trip to the local grocery store will show there is no longer a correlation between supply and demand. There is, currently so much demand, but little supply, as many shelves remain defiantly empty.

However, a recent trip to the Middle East provided a fascinating insight into how quickly our world is changing- reflecting the things that economists are interested in, inflation, demographics, disposable spend and transportation.

1. Target Customers – Changing of the Guard

The Souks have been around for a couple of millennia and have seen civilizations come and go. Traders are looking to sell their produce at the best price. For a long time, European tourists were the most sought after. Crafty sellers would learn phrases in local languages, adorn football shirts from Premier League teams and follow the Feringhee as they walked through the narrow lanes, touting for business.

On my most recent visit, things seem to have dramatically changed and the pandemic has accelerated this – it’s the Chinese tourists that are now sought after and Mandarin phrases have replaced German or French. The change reflects spending habits, total numbers and ability to spend. Peter Frankopan notes in his sequel to the Silk Road that Chinese tourists now spend more than twice what Americans do overseas. 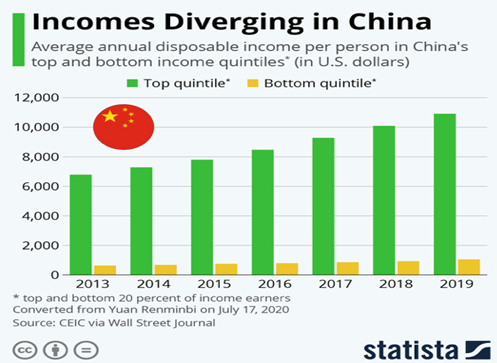 Since the Financial Crisis, Europe and the UK have pursued a programme of quantitative easing, and interest rates have remained close to or even below zero. Low inflation on its own is not a bad thing- interest rates on mortgage and corporate debt remain low, salary increases may be limited, but due to steady prices, consumer confidence remains strong.

The challenge of course is that not all economies across the world chose, or indeed could afford to follow, this macro policy. During the last ten years, many Asian economies and to a lesser extent the US, have experienced strong growth, higher interest rates and corresponding inflation. In simple terms, as salaries across the world have increased, in the UK and Europe they have largely stagnated, and with it disposable income – particularly the available holiday budget.

We can lay some of the blame on Globalisation. Over the last 20 years, we have seen a massive shift in our manufacturing and production to low-cost destinations, such as China. Despite the transportation costs (which at the time of writing are at an all-time high), consumers in the UK/Europe have enjoyed goods as diverse as garden furniture to training shoes at record low prices. Over the last 20 years, the result of this influx of cheap goods has been the suppression of inflation, which in turn has allowed central banks to keep interest rates down. This reduces potential salary rises and in turn disposable spend.

The traders in the Souks make calculations when engaging with potential customers based on disposable income, ability to spend and demand. In countries with growing economies, where productivity is increasing and salaries are rising, one expects to see an increase in disposable income.

As we can see from the chart below, the Chinese, in particular the top quartile (which represents roughly 300m people) have experienced a huge growth in disposable income. Their spending habits now determine product development ranging from designer handbags, luxury cars and even Hollywood films.

At the same time, in the UK and Europe, a combination of high taxes, low inflation, tepid growth in productivity and of course Brexit has meant that domestically, British and European consumers are no better off than ten years ago, and when on holiday they are poorer than citizens of faster more dynamic economies.

We are all familiar with European countries experiencing low birth rates. A direct impact is a much higher proportion of the population is older than ever before and with them, a lot of the wealth through housing and investments, sits with retired pensioners. In fact, over the last 10 ten years, QE has had the impact of increasing this gulf. This contrasts with China, where the working age population are enjoying the fruits of wealth creation. The Souk traders have picked up on this, after all older people are less inclined to buy Oriental carpets, Turkish lamps or pashmina scarfs, making them less attractive as potential customers.

5. Saving for a Rainy Day

The Gold Souk in Dubai houses some of the most attractive and, needless to say, expensive jewels from across the world. Unlike the trinkets sold in the other markets, these are serious purchases which require serious money, and this is naturally connected to available savings. In this instance western countries differ, with the Germany the outlier, but for many European countries and in particular the UK, the savings ratio post the financial crisis has declined rapidly and remains low.

Flexible employment patterns, increased consumption and widely available credit has meant many of us are used to living from pay-check to pay-check. The pandemic is likely to further increase this trend. As a result, for the more expensive purchases its not the European tourists, but rather the Chinese and in the case of jewelry, Indian tourists, that they are focusing on.

Prior to the pandemic, we knew the world was changing rapidly, but Covid has exacerbated these changes. Although the financial crisis slowed down economic growth and productivity in Europe, arguably the successive lock downs are having a more damaging long-term effect. In the meantime, other parts of the world are growing rapidly, and thankfully their consumers are picking up the slack.

These are of course not normal times, but we don’t need a huge amount of data and statistics to see that these changes are taking place and the Souk traders have picked up on this, as they diligently brush up on their Mandarin to seek their next trade.