Jains, Wealth, And Ethics - Lessons For A Godless Capitalism 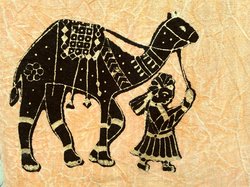 "It is as hard for a rich man to enter the kingdom of heaven as a camel to pass through the eye of a needle." This was one of the pictorial worms inserted in our minds by an earnest and persuasive Sunday School teacher. It was a fantastical image that I turned over in my mind while walking home with my brother. Our parents had just moved from the valley of Coulsdon to the uplands of Purley, which seemed to indicate they might be in trouble needle-wise. The house was bigger and it had a D shaped drive - though we did not yet have a car. Eyes of needles are small. My mother would often summon me to thread her needle when sewing, saying 'your eyes are so much better than mine'. I saw the problem. The Sunday School teacher was not so graphical about heaven and hell, so as a kid it did not develop into an existential quandary.

If you follow the argument in Max Weber's Protestant Ethic and the Spirit of Capitalism, the breakthrough to modern entrepreneurial capitalism was aided and abetted by a Puritan mentality. The Puritan sects had the psychological misfortune of being signed up to predestination. Whether one was saved or damned was decided by an omniscient god even before one's birth. One had to act as if one was saved and live up to the highest standards, but really a person could never be sure. A careless thought could lead to damnation. It drove John Bunyan to neurotic episodes as he walked the puddled roads. The best prophylactic was continuous work and a sober attitude to life - avoiding anything expressive or sensuous or luxurious. Goodbye Merrie England, as Weber noted, as it wilted under the hoar frost of Puritanism.

Once the giant engine of modern capitalism is underway, untold riches pile up in the hands of the puritan entrepreneurs (the Barclays, the Cadburys etc). The Methodist John Wesley recognised the problem: "I fear, wherever riches have increased, the essence of religion has decreased in the same proportion. For religion must necessarily produce both industry and frugality, and these cannot but produce riches. But as riches increase, so will pride, anger, and love of the world in all its branches."

The Jains face a similar predicament. The Jaina idea of salvation is salvation of the eternal soul from the body, which is overly attached to the emotions and things of this world. The founder of Jainism and the only person to have reached this highest state of renunciation from the world was Mahavira (some 500 years before Christ). He attained this state through ascetic practices; at the most extreme this is starvation and, in general, the pursuit of homelessness: no possessions and no ties to other people for these would engender motives. Holiness is achieved through asceticism, and in this respect the Jains are a sect not unlike the Puritan sects, which also in their everyday religious behaviour abstained from earthly pleasures. 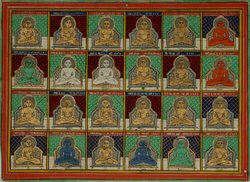 There is a difference, however, between the Jains and the Puritans. The latter broke with the established Church which was seen as idolotrous and wedded to an affective enthusiasm for images, colours, perfumes, and pageantry; religion had to be disenchanted. The Reformation also marked a break with monasticism. The great majority of Jains have always practised and supported monasticism. The lay congregation revere the asceticism of monks and nuns, but are not obliged to follow suit to the same degree. Historically and up to the present day, the Jains have been predominantly a merchant stratum. They have always been traders and today they tend predominantly to the professional class: engineers, accountants, doctors, gem traders. They are an occupational stratum, marked to a degree exclusively by religious community, but have intermixed and married with Hindu castes (jati).

So, as practising business people the Jains are equally religiously driven men but not in the same way as the Protestant sects. Extreme asceticism is practised by the monks and nuns, and over two thousand years the Jains have lived a normalised merchant existence. There is a wealth predicament as outlined by John Wesley. Jaina morality does not encourage the unlimited accumulation of wealth, lambasting this a possessiveness amounting to delusion. As a religious belief attachment to earthly things represent evil karma and holiness lies in the escape from materiality. Greed is bad, but more than that it is a delusion. In Jaina writings, the example of the rich merchant divesting himself of his wealth and giving everything to a temple is a recurring theme; though Peter Flügel, in a recent conference (at SOAS) on Jainism, wealth and money, quoted the case of a religious text questioning the ethics of philanthropy. "A large heap of evil karmas is engendered while we engage ourselves in the money-earning process. [...] The poor man who accumulates wealth so as to be able to spend it in future on virtuous activities, like giving gifts, is like the man who deliberately soils his body with mud thinking that he will clean it later on by bathing. ”

There is a Jaina diaspora across the UK and North America, and of course India itself is embracing a fairly possessive form of capitalism. Jaina religious precepts still hold, the central one being ahisma - the doctrine that no living creature can be killed. Industry, agriculture and fishing all break this prohibition and they remain off-limits to believing Jains. Jains may trade with commodities - diamonds and pearls - but they are not allowed to be involved in the productive process itself. The injunctions against killing and property still adhere, with some reluctant exceptions, in the Jaina business community in a way that Christian precepts no longer have any valency in business as a whole. It's interesting to explore why contemporary capitalism has parted company with its religious roots - to think of the Puritan sects and zealots in the City of London in seventeenth century - while Jainist beliefs are still integral to their commercial activities. This is especially interesting, when a number of Christian groups - in particular supported by the Archbishop of Canterbury - are trying to insert Christian morality into the marketplace. 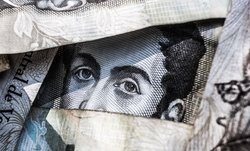 First, it's worth distinguishing morality from ethics. Morality is a doctrine or dogma held to be universal across a sociological grouping of people. Ethics is how you behave to other people and treat them, and how others behave towards to you. Ethics is real time and interactive. The Christian church taught that wealth was inimical to salvation - Deo placere vix potest as canon law had it. How merchants actually treated one another was a matter of convention slowly codified into mercantile law. Trust, honesty and fair play were as much attributes of long-term business reputation as Christian virtues. Signatories to a bill of exchange, which provided the credit and currency exchange for the long distance trade in goods, had perforce to be reliable. The same sort of logic applied within Jaina commerce. Family based firms derived social and economic credit from their religious standing within the community. As one historian of the Jains put it: “The corporate identities of the later commercial middle classes were, at base, formed around conceptions of religion and credit.” Similar examples can be found within North America at a time when banks were mostly unreliable and credit hard to obtain. When Max Weber visited the United States in 1904 he was delighted to find that members of a Baptist community would attend the religious ceremony of baptism (from a Jaina perspective, the peculiarity of wanting to be born again) for the purpose of finding business partners whose credit would be underwritten by membership of the sect. They were vouched for, not so much by a moral god, as by the (closed or selective) community.

The argument therefore is that the conceptualization of "religion and capitalism" is simply too intellectual and abstract and that, instead, investigation has to proceed on the ground of social reality. Lay believers are not expected to grasp the intricacies of theology, and the issue then becomes how the nature of a religion is translated into everyday conduct. Weber titled his book the Protestant Ethic and the Spirit of Capitalism, because he was investigating how working men - the weavers of Kidderminster for example - were instructed how to lead their lives. The survival of religion and the valency of its morality are only as good to the extent they are integrated into everyday maxims of behaviour. The impersonality of modern capitalism undercuts this possibility, but this is not the case within contemporary Jaina business community where personal business relationships are favoured. 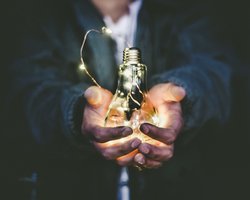 Jaina business ethics are not scaleable upwards to the immensity of the impersonal market. The face to face market situation is a consociation, whereas in the large market one party to a transaction has only eyes for the transaction itself and its price. The other party is unseen and unknown, and there can be no basis for the ethics of brotherliness or any other sympathy for another human being. Rational calculation of profit and self- and company-interest is the cardinal rule and morality stands outside the market. Morality could obtain within the market if all participants abided by that morality. Evidently that is not the case today and has not been since the secularization of entrepreneurs from the eighteenth century onwards. (I leave aside the morally bogus argument that market outcomes deliver the best of all possible worlds, an entirely profane application of Leibniz's theodicy.)

Peter Ghosh (in the recently published Oxford Handbook of Max Weber) argues that universal moralities, like Kantianism and Christianity, are replaced by professional ethics. Weber saw Puritan ethics migrating into the upbringing, training, and habitus of the professional - whether in business, science, medicine, politics and (even) the church; an inherent code on how to behave. Talcott Parsons writing in the mid-twentieth century ran with this theory making it the cornerstone of how modern societies and organizations functioned in a sociologically integrated manner. If we characterize these qualities as probity - well, that seems to have leaked away. What the Jains have preserved, the impersonal market has trashed.

The wheel of history, however, does not stop turning just because economists banished history for the momentary. Universal moralities can resurrect and a secular belief in saving humanity from climate heating will become a moral imperative. Learning from the Jains, we should re-personalize the market. Pension fund managers can choose, collectively, not to invest in new coal plants - a precept capable of boundless extension. Jaina ethics, and personal responsibility for actions, are the way forward.