“If you can’t imagine it, your model can’t capture it, and that means the evidence won’t reflect it.” CMG 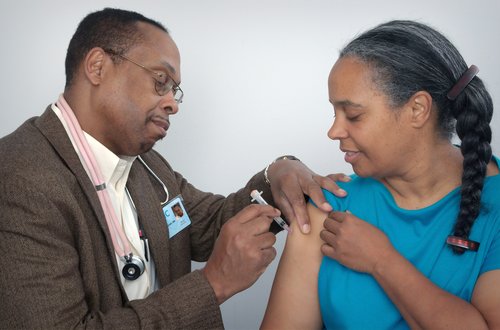 During the Ebola outbreak in Africa 2013, the medics that attended the stricken countries installed procedures. They treated patients as best they could and isolated communities to stop infection spreading. But Ebola continued to rise and rise.

Initially, despite their best efforts, they were confounded and alarmed by this trend. Then, they got a lucky break. A group of doctors and nurses visiting a village noticed body bags in houses. Upon further investigation they discovered that the bodies of deceased relatives had been dug up (from UN monitored and approved burial sites) and moved to the relative’s homes awaiting re burial.

Culture, an aspect not imagined in the models, was the critical factor. The people who had died were originally put into black body bags. Black was seen by the local people as ill-omened, as black stopped the souls of the dead rising to heaven. So, each night, they dug up their relatives’ bodies and moved them back to their villages in order to replace the black body bags with white shrouds. This action allowed the infection to continually spread. The answer was to replace the standard black body bags with white ones.

This action combined with doctors and nurses changing to white suits, as well as using clear face shields that increased trust (the typical surgical mask hid their faces increasing fear and distrust) allowed better access to the villages.

Modelling Problems And Problems With Modelling

With covid-19, the data is showing a skew toward ethnicity. In addition to genetic and physiological elements, could this have trust and cultural components both of BAME communities themselves and of those doing the analysis? 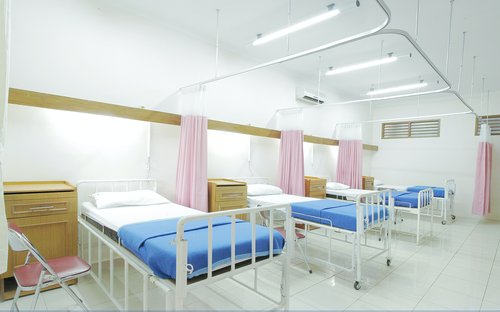 The use of mortality data in modelling covid-19 is problematic: most notably “using death data is ……good for making decisions approximately four weeks back”. However, time may not be the only potential issue. Another significant factor could lay in the mind and intent of the modeller. For example, records are kept for decades of people who have occupied hospital beds. These are people who have been in hospital, been treated and left. So, measurements have been taken. Experiments have taken this historic data and broken up the data into chunks, some put on one side as a control, the other focused on by an experienced practitioner with the intent to give those people represented by those records’ better health. As a result, they would appear not to stay in hospital so long.

Accordingly, repeated experimentation shows that the intention behind modelling correspond to various realities. In other words, model outcome could be due to the conscious reality of the interpreter of the data. Experience, bias or simply the desire to predict an outcome (and by that prediction enforce a context) can create the desired outcome (See: The 5 Essential Steps to Sustainable Viability; 62/63). In other words, how patient files are viewed in relation to one another and the relationships drawn between them can align to create a new or different reality. Patient history has not, in itself, been changed, but how that history has been interpreted. That new reality can tell a new story.

Benjamin Libet found that unconscious brain electrical activity occurred up to ten seconds before there was any conscious sense of decision-making by a subject. This and other experiments prove the brain makes its own decisions on a subconscious level, and people only later feel “they” have performed a conscious decision. Consequently, we go through life thinking that, unlike the autonomous operations of the heart, we are in charge of the brain’s workings. As a result, control, is largely an illusion:

Consequently, in terms of subjective probabilistic reality, it is the reality perceived by the conscious mind that exists, and not necessarily in any physical sense. Hence, intention is likely to be the result of a subconscious action and reaction in the brain. The moving of a finger, the action to push a button could be deemed to be a conscious intent applied to an unconscious initiator. Could therefore free-will be under threat? Probably. Since, the action of an intent is probably the result of the subconscious one. (See New Social Media and Impact of Fake News on Society).

Data Vs Information – Knowledge Vs Wisdom

Intention is about understanding the difference between data and information. The data for each patient exists on file, but it is the information that resulting from collecting the data into random groups and dividing into chunks. Thus, the information has uncertainty, and if it has uncertainty, then it can be influenced by intention. Focusing intent on the results of a random mix of the data could influence the outcome.

Accordingly, there is a need to break away from the assumption that the reality illustrated in models is causal, even though it may seem logical to assume that what happened in the past caused what is happening now: concluding it is a causal world since cause and effect are part of the collapsed wave function1.

However, what happened in those hospitals is a matter of historic fact. What happened when the data was collected, mixed up, devised into chunks and analysed is entirely different. It is not an effect of what happened in the past, it is separate, and breaks the link between the idea of cause and effect, which is deeply ingrained in our assumption system.

For example, when we make assumptions of equality, we are implying that two objects are exactly the same. Equality is a strict relationship- either two things are equal, or they are not.

Equivalence, however, considers the many ways that two objects stand in relation to each other.

Set theory recognises that two sets with three objects each pair exactly. But it doesn’t perceive the different ways we can do the pairing. (I have used colours so that you may see the variables.)

As a result, whilst there are lots of things we think of as ‘things’, in reality they are not things but in fact a relationship between things.

To reimagine decisions, forces the expansion of the decision space – to be three dimensional as well as multidisciplinary.

“To all the complexity of the physical world of weather, crops, ores, and factories, you add the psychological complexity of men acting on their fleeting expectation of what may or may not happen.” Benoît Mandelbrot.

Hence, Sustainable Viability shows how waste and emissions relates as much to fiscal measurement and productivity to realise true value as why understanding what the laws of thermodynamics can tell us about how to improve organisational interactions between hard and soft systems. As a result, how to apply imagination to modelling to reflect the evidence.

Consequently, for all of us, to understand the true nature of information that is being presented it is important to understand the interdependent relationship between the intent and the physical reality. As a result, this will free us to see all is interdependent and see uncertainty as our friend to make use of the knowledge we gain, and deliver the wisdom to create better quality lives for all, including future generations.

1 In quantum mechanics, wave function collapse occurs when a wave function—initially in a superposition of several eigenstates—reduces to a single eigenstate due to interaction with the external world. This interaction is called an 'observation'.