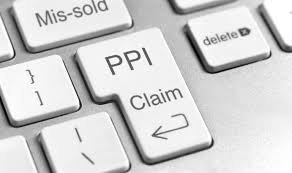 In the UK, PPI has been a long-running scandal since the late 2000's. Like any insurance product that never pays out, things did not smell well. By 2011, "PPI was mis-sold and complaints about it mishandled on an industrial scale for well over a decade." [Robert Peston]

Now cast your mind back to February 2009. Royal Bank of Scotland (RBS) had collapsed in November 2008, accompanied by Lloyds Bank and a terribly wobbly Barclays. UK parliamentarians were consumed by two things, the looming recesssion and what to do with the bank (well, actually three things, who to blame).

I was asked to a February 2009 discussion of the Associate Parliamentary Group (APG) on Wholesale Financial Markets & Services at the House of Commons. There were two questions of substance.

1 - what to do about RBS and Lloyds. My suggestion was nationalising UK banks with majority shareholding by government (majority shareholding not quite the same thing as ownership), then privatising in slices, e.g. RBS in 100 slices. These slices could be restricted and go back a bit to mutuals or building societies, e.g. a portfolio of Newcastle loans and mortgages, a portfolio of Somerset loans and mortgages. The early slices should be keenly priced, encouraging take-up, as was done in the mid-1980 privatisations. The later slices, e.g. remaining 23 out of 100, are equivalent to the "bad bank" or "toxic loan guarantee". Over a decade on, I dare folks to claim that was bad advice.

2 - how to avoid the imminent recession. Here I raised the ‘helicoptering money’ idea (originally Milton Friedman's) to save the economy at the rate of about £1,000/UK household. Usual cold water reception. Instead, we've arguably seen a fairly flat decade of growth in the UK, and the Bank of England's quantitative easing has been used to reduce major UK bank leverage from 42:1 to a still high 14:1.

I even returned to the APG over five years later in 2014 to similar stultifying parliamentary discourse.

PPI is reckoned with fines and admin to have cost well over £53bnin total. So, was it QE that did it, or perhaps helicoptering inefficiently while Lloyds and RBS were under state control and creating more corruption?

Perhaps a good question to enter a new year of discourse on regulation and monetary theory.