The Age Of Reason 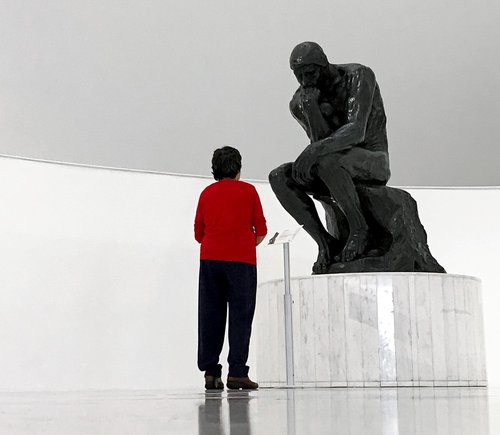 We live in truly interesting times. The 21st century is in full swing and time lurches forwards in waves of social change, viral pandemics and A.I at large. In parallel, the media lens is a blurred kaleidoscope of colour, distortion and fake news. The foundations of the Enlightenment are being truly shaken by amplified, polarized and vested interests across the political and ideological spectrum. Post-truths and deep fakes threaten to dilute reality into a jabbering heap.

The purpose of this essay is to make a single social plea: That is, enable young people to access higher education for free.

In order to communicate how best to realise this task, we will take a short amble across recent political, economic and education history, in order to arrive at the stated goal. 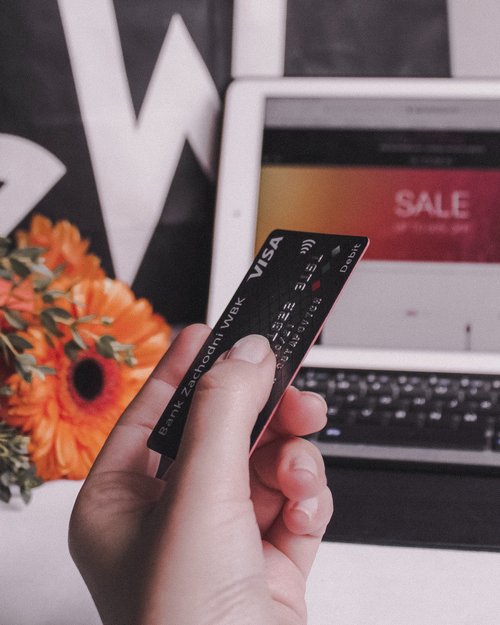 Who benefits? In the mid-1980s, after the first modern recession of note, the USA, followed by many other states, including the UK, embarked on a dialogue around who should pay for the costs of higher education - and indeed what the purpose of higher education should be.

Bizarrely, there was strong pan-ideological support for this swing in funding. For the left side of the house, it meant many more working-class students could enter the hallowed halls of Universities, the target being an increase from ~18% to > 50% of 18 year olds entering university.

To help fund this increase, in 1998, the UK’s Labour government, under Tony Blair, introduced £1000 a year tuition fees and replaced most grants with a student loan scheme. Tuition fees had leaped to £9000 a year by 2012 (Yet somehow Scotland maintained free tuition).

For the right side of the political spectrum, tuition fees it meant lowering the perceived burden on the tax payer, by pushing the cost to the students. All parties made the claim that students benefit from a University education by earning a higher income over their career, hence it is reasonable for them to incur the direct costs.

However, it is not primarily the student that benefits by receiving a higher education: the whole of society benefits. This benefit is not just felt in their country of nationality, but by the whole of humanity. Let’s dig a little deeper into the reasons why this might be a valid stance for us to argue. 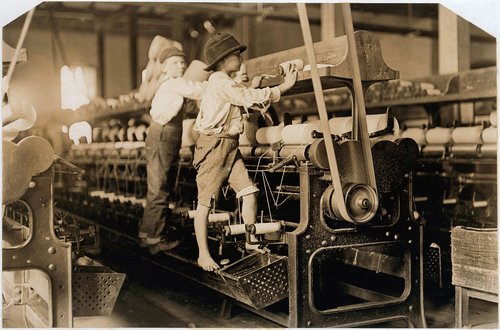 Here is a counter proposition. We have lots of children in society, many won't end up in fancy careers as media consultants, celebrities, or bankers. Why waste an education on them? Proposition: let's send most children from age 8 to work in heavy industry; they can go down mines, up chimneys, labour in textile mills. Truly, the uses for them are endless, and cheap. What, you have a problem with this? Well, it worked quite well for centuries.

Hence, lets raise the query, what’s so special about the age range 16-18? It was an age when past youth could exit school and walk into the nearest factory and make vacuum cleaners. But those days are long past. Employers now see a degree as a basic qualification that vaguely equips someone for a knowledge-based economy. A great option is apprenticeships, which are increasingly in vogue internationally. However, the number of quality apprenticeship places is far exceeded by the demand.

Hence, we may argue, that any developed state has a social obligation to educate people through higher education; for exactly the same moral and philosophical rationale that the later Victorians voted to introduce mandatory schooling for all children. Anything less is barbaric. (Just in case you thought the proposition was serious!)

The further assumption that a degree means a lifetime of easy money, is also simply no longer true. Firstly, most graduates will need to shift career multiple times across many employers. The relative lifetime economic gain is now a fraction of what it was in the 1970s. Which was the time period used as a metric for estimating the relative value of a degree. We are basing our education decisions based on a distorted historical period. Secondly, society has increased its output of graduates, so supply and demand has kicked in with gusto, thus ensuring a degree has significantly less intrinsic value. 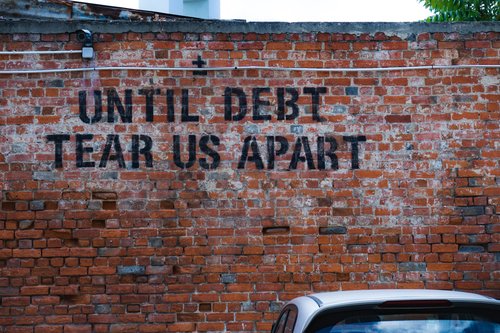 Next, we have the argument of who should pay for the cost of a nice university degree? The current loan scheme, assumes the student will have a continuous highly paid career. Assuming they do, within a few years of starting employment they will likely cross into a state’s higher tax band. So, they are then paying the state for the privilege of being educated. And paying for the loans they received to get to this point in time. In effect, paying twice for the same service. This state of affairs is commonly defined as fraud. True, the higher taxes also pay for other public services, but the graduate doesn’t receive a different set of public services. According to one report:

"More than £17 billion is loaned to students each year. The value of outstanding loans at the end of March 2019 reached £121 billion. The Government forecasts the value of outstanding loans to be around £450 billion (2018‑19 prices) by the middle of this century. The expansion of loans has raised questions about graduate repayments and ultimately the cost of the system to the taxpayer".

The total student debt in the USA is at this time $1.56 Trillion. That’s an awful lot of doughnuts. Given the emerging instability of the global economic system and fluid careers of most current and future graduates, a large part of this debt will, manifestly, never be repaid.

It is apparent on both sides of the Atlantic that we have two generations saddled with onerous student debt. This hangs around their necks like the proverbial albatross. It's also an emerging barrier to the graduates entering the property market; the best historical route to economic elevation. In contrast, with a free tuition system the graduate is able to be fully economically active as soon as they begin work.

As a mature student, starting at age 21 after working some years, I had many class mates who were also in various stages of life. They had grants, and were busy using them to retrain from earlier careers. They were upskilling and studied damn hard. More importantly they added an extra social dimension to the class, and brought a diversity of thought and real-life experience.

From 2014 to 2019, in the UK, the annual numbers of students over age 30 fell by up to 27,000 per year. This is a criminal loss to university life and society at large. The data on the number of mature students in UK higher education, since the 1990s, is tragic. As a potential mature student, the gain from taking a multi-year course no longer makes economic sense.

More importantly, the rising tide of automation, will require large numbers of mid-career individuals to switch to an entirely new career path. This requires new skills and training. With the threat of even greater debt from such courses, it is unclear how these people can effectively afford to retrain. 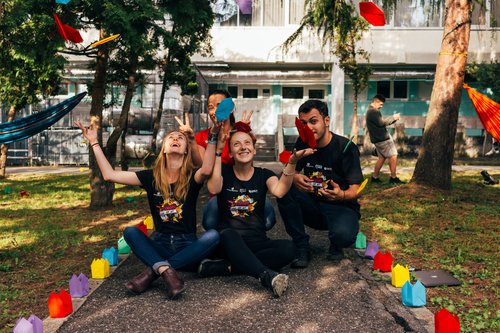 On the topic of culture, if a student is a paying customer, the relationship with the teacher/lecturer becomes very different. Most lecturers I know bemoan this fact endlessly. The consequence is that the university social experience is nothing like the old system. It's now a purely transactional affair. The lecturer is no longer your mentor and friend, but a coursework dispensing machine. The race to monetise and shift the tax burden of higher education has created many soft, yet deeply negative ingrained effects, which policy makers and accountants failed to ever factor into the balance sheet.

Being at university was never about the piece of red bordered paper at the end-time in a scroll. Or a meal ticket to a cushy white-collar job. It was, and should be, about the entire cultural and social experience for the student. It should create better people, with a broader vision, more global thinking and the capacity to adapt.

On the theme of adaptation, we have the issue of what degree should a young person choose? Well, they are going to graduate with a debt of ~£44k, (the USA student average is ~$30-50k dollars). So, Medieval History is unlikely to be a valid choice. It's a STEM subject, or a heavily vocational course; the likely alternative being a life of financial ruin.

And yet, in a knowledge economy and media age, the ability to generate content, is arguably far more valuable than the ability to tweak the technology networks carrying it. Look at the share values of the FANG companies vs. the older telecommunication providers who supply the networks.

If we measure success by brand value, a useful measure of how the world perceives a company, then the top four global players in 2019 were:

These are all companies focused on customer experience, and product design, style and content, rather than old-world industrial production.

I spend a lot of my time mentoring fresh STEM graduates, with poor social skills, little team work experience, and a paucity of broader historical or cultural knowledge. We need people who can create YouTube channels on Medieval Melodies, or Literature, Poetry, Fine Art, or even the Classics. This is real productivity and innovation in the 21st century. Hence a higher education funding process that is inherently biased against non-vocational degrees is truly unfit for purpose. Never mind, the wider loss to human culture and callous threat to what makes life meaningful.

Let's return to the key question, Cui Bono? This piece has attempted to demonstrate that it is primarily the society within which the graduate exists that reaps the true benefits. It is also a truism to state that the cost of not educating people is far higher than education. So why has the Western world in many states, turned its back on this fundamental fact. In addition, the missing mature students and loss of ethos and culture in most universities, has diluted the degree experience itself. Some states do seem to get it right, for example: Finland, Denmark, or Germany. Are these states failing? Have they suffered catastrophic social collapse? No, indeed they are thriving, as demonstrated in the work by James Breiding, regarding the S8 group of small scale states, which achieve far better education and health scores than the dominant larger states.

When will we learn? Time is short and the cost of failure burdens each generation. This essay is an impassioned plea to change course. Tertiary or higher education is a basic human right, the same as primary and secondary education. We pillory states that fail to offer basic education up to 16. Yet at that magical age it all changes in our own lands, and time stands still: reverting into 1970, when jobs flowed like wine and flower garlands and love were all you need.

It is not 1970. A higher certificate or degree is now a basic entry ticket to work. States that grasp this fundamental concept will prosper, while those that fail will rapidly find that evolution is a harsh mistress.

“I have never let my schooling interfere with my education.”

This essay is an entirely personal opinion.