The Overton Window is named after Joseph P. Overton of the Mackinac Center for Public Policy. According to Overton, the window contains the range of policies that a politician can recommend without appearing too extreme to gain or keep public office in the current climate of public opinion. It can shift and expand as societal norms and values change. The Overton Window may differ between countries.

In this article we explore what has happened to the Overton Window over the past decades. We argue that it has shifted from endorsement of cooperation and tolerance, to divisiveness, in many places. We take the UK as one example. We suggest that description of coherent positive views of the future may provide a lever to start to move the Window back towards living with respect for our neighbours.

After the second World War, nations from around the world got together, determined to save their citizens from the horrors of future wars. Here is the Preamble to the United Nations Charter:

WE THE PEOPLES OF THE UNITED NATIONS DETERMINED

AND FOR THESE ENDS

HAVE RESOLVED TO COMBINE OUR EFFORTS TO ACCOMPLISH THESE AIMS

Accordingly, our respective Governments, through representatives assembled in the city of San Francisco, who have exhibited their full powers found to be in good and due form, have agreed to the present Charter of the United Nations and do hereby establish an international organization to be known as the United Nations. 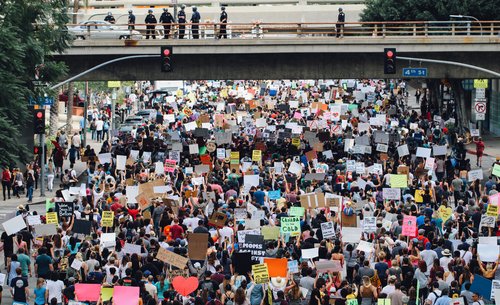 These are the values that were shared across the world. We think that most people would agree with these values today. But this is not what we are seeing in politics. Recent moves by politicians across the world have shifted the range of their national Windows towards making divisiveness and inequality seem normal. We see this across countries as diverse as Hungary, Brazil, the USA and the UK. In Hungary, a University has been shut down and a registry of foreign NGOs established. In Brazil, politics has polarised further into far right and far left. Trump’s focus on building a wall on the Mexican Border is a symbol of polarisation – ‘my supporters vs “the rest”’. Divisiveness makes it easier to allocate blame to others and avoid accountability. It supports authoritarian power “on our side”.

In the UK, the recent suspension of Parliament concluded a period in which the Prime Minister tried and failed to get an agreement through parliament to leave the EU. The history of the suspension is worth summarising, as it happened in the context of an Overton Window centred not only on leaving the EU, but leaving the EU with nothing agreed – hard Brexit – and with bad blood on both sides. How did the UK’s long standing role model of parliamentary democracy decay so far and so fast?

Before the Brexit Referendum took place, 480 MPs thought that the best interest for the country was to remain in the EU and 159 thought that leaving the EU was best, according to a survey by the Press Association. The Leave campaign, instead of talking about leaving a political structure and maintaining good relations with our neighbours, demonised the EU. It made promises about what would be gained by leaving, a number of which have not stood up to scrutiny. The Remain campaign was low key. It focused on fear rather than on engaging with those who had benefited from EU membership, like students, scientists, regions, farmers, UK residents of the EU, and workers in industries located here because of the EU. It failed to articulate an engaging vision of the UK as part of the EU. The Leave campaign, during the Referendum, was instrumental in clearly shifting the Overton Window towards making it acceptable to be divisive and to create discord within and across communities. Following on from that, it has made it acceptable to blame “the other”.

The Referendum produced some surprising results. For instance, Sunderland – very dependent upon inward investment from Nissan, which is dependent on being part of the EU single market – voted to leave. Cornwall and Wales, recipients of EU largesse, voted to leave. Manchester and other Northern towns had significant regeneration funds from the EU – and voted to leave. All the regions apart from London, Scotland and Northern Ireland, had a majority voting to leave. The majority of both Labour and Conservative MPs represented constituencies which had voted to leave.

Because of this pattern of voting (the majority of constituencies voting to leave), the motion to trigger Article 50 and leave the EU was supported by 498 MPs. Both major parties saw Brexit as key to electoral success. So, the result had become a party political issue rather than an issue of what was best for the country, as MPs were forced into line by both Labour and Conservatives. Quite a change since the Press Association survey. 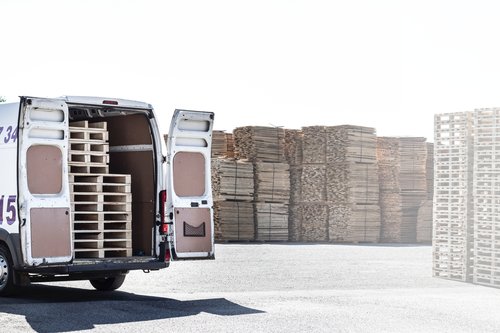 Since triggering Article 50, the consequences of leaving the EU have become increasingly clear. Snapshot headlines feature shortages of staff in the NHS and agriculture; the fall in the numbers of international students applying to attend UK universities; and nearly 100 companies relocating to the Netherlands. As the Bank of England predicted, all investment has fallen, and the UK pound has shrunk against many other currencies including the US dollar and the Euro.

As Matthew Taylor of the RSA observes “Parliament and the country are both split – one third wanting a hard Brexit, one to reengage with the EU as Members, and one to leave with as little disruption as possible.” The UK parliamentary system has proved ill-suited to resolve this.

As people grow weary of the delays, and businesses ask for certainty over Brexit, there is widespread sympathy for a “just do it” approach. The Overton Window has been pushed so far that even a ‘strong man’ approach (at the cost of some rights or freedoms) seems preferable to the status quo of apparent inertia and uncertainty. The Johnson government attempts to centre the UK’s Overton window on divisiveness and inequality in order to achieve a hard Brexit.

Who benefits by leaving the EU and customs union, and in particular, who benefits from the Johnson government policy of ‘hard’ Brexit?

In 2016 the EU introduced new tax evasion legislation which applied to overseas holdings. The date when member states had to implement these rules was 1 January 2019. The cynical may note that many of Johnson’s cabinet have overseas holdings which may well be designed to evade taxation. In Theresa May’s withdrawal agreement, the UK government would be required to adhere to the EU regulations. With a hard Brexit, there is no need to change. Johnson’s cabinet adopted hard Brexit as their de facto policy. The UK thereby follows the path of many other countries with a wealthy elite ruling to benefit their pockets. This has happened through demonising the EU in order to drive through a hard Brexit.

Are there examples of shifting the window back to include respect for truth and justice, tolerance for others and reducing divisiveness?

In Switzerland, an example of people moving the Overton Window back to democracy and mutual respect is found in Operation Libero. Operation Libero say, “We have to … clear the fog, refocus attention, reframe the debate.” They refocus attention on the fundamental Swiss values, “… the constitution as a pillar of our liberal democracy; the rule of law; equal justice for all”. They are working to change the mood and narrative from destructive processes to something constructive for the future.

New Zealand’s Prime Minister Jacinda Ardern provides another example. When an extremist shot 50 people in their mosques in March 2019 she said, “Many of those directly affected by this shooting may be migrants to New Zealand, they may even be refugees here. They have chosen to make New Zealand their home. It is their home. They are us. The person who has perpetuated this violence against us is not. They have no place in New Zealand. There is no place in New Zealand for such acts of extreme and unprecedented violence, which it is clear this act was.” She refused to name the perpetrator. She refused to allow the discourse to become divisive.

How can the UK’s Overton Window re-centre around respect for others, fairness and tolerance?

Until recently, the UK had been widely respected as one of the “good guys” with a stable and honourable democratic system. But as we have seen, our public discourse has become distorted. To shift the Overton Window – the public discourse - away from divisiveness, intolerance and inequality, we need to remember who we really are; the values we endorsed in the preamble to the UN Charter. Many people want a country that is less divided and less filled with hate. The narrative of demonization of others – foreigners, immigrants, EU - goes against fundamental British values and what we have held dear: tolerance, fairness, long standing democracy and the rule of law.

There are signs that some UK politicians are looking for consensus. Many are also dismayed at the lack of trust between all factions following disinformation around aims and means. The Archbishop of Canterbury has agreed to chair a 'Citizens' Forum' aimed at developing a way out of the Brexit crisis.

Engagement in party politics and/or issue politics is necessary but not sufficient. Millennials are tackling issues they feel strongly about such as the climate crisis. These efforts will be more coherent with some positive view or views of a future of the UK. Part of this could be the relationship of the UK with the EU and the rest of the world.

What is happening in the rest of the world?

The greatest void in Europe is a discussion about what sort of society we all want. This would need to include the challenges of aging and falling populations; the challenge of regulating both new information- and biotechnology; the challenge of the climate crisis and the new, emerging multi-polar world.

The Financial Times joined Zeit Online and 14 other news organisations across Europe for a continent-wide experiment called “Europe Talks”. Almost 20,000 people across Europe signed up to take part in conversations between people of opposing political views, before the European Parliament elections in May 2019. In these conversations, liberals and conservatives alike said they were tired of the focus on the far-right and bemoaned the lack of positive agendas ahead of the European parliament elections. 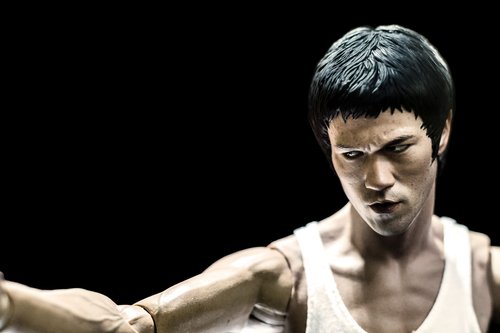 Across the world, in the past ten years, we have seen the rise of autocratic leaders in democratic countries with well-educated populations. There are some signs, that this type of leadership is being challenged. Hong Kong’s ‘water revolution’ is an example in point. Turkey has 52 million active social media users (out of a population of 83.4 million), according to the journal, Foreign Affairs. While it has an autocratic leader, its civil society remains strong and pushed back in the recent mayoral elections in Istanbul. No one can predict how these challenges will play out. Yet they can provide hope.

What would happen if we took the opportunity to engage with each other, across the board? What if we didn’t wait for leaders, but instead each took responsibility to make a difference? If we used our creativity and innovation to work together and develop visions of possible fair and positive futures? As Congresswoman Alexandria Ocasio-Cortez (in discussion with Greta Thurnberg) says, “… hope is not something that you have. Hope is something that you create, with your actions. Hope is something you have to manifest into the world, and once one person has hope, it can be contagious. Other people start acting in a way that has more hope.”

We are searching for what this vision might be, and where it might come from. If anyone has ideas, please contact us (info@global-megatrends.com). With a positive vision of the future(s), we have something hopeful to work towards achieving together. And hope will shift the Overton window back to include fairness, trust and tolerance.