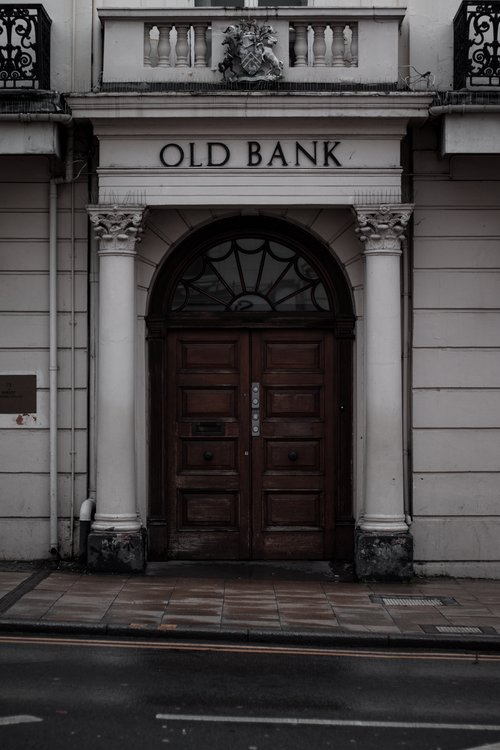 Central Banks have failed. Neither official money nor the financial system has maintained stability[1]. Lord King does not expect them to prevent another crisis[2]. Private crypto currencies are taking over. Yet their fake money is even more unstable[3]. The cover story of The Economist in April this year announced, “The Fed that failed”[4]. In past years its failures were more serious. Government interventions were required on three occasions[5].

Inexcusably, Central Banks have not corrected the way money markets have operated to create climate change. The UK government was advised 16 years ago that “Climate Change is the result of the biggest market failure the world has ever seen” [6]. Market failure is also destroying forests, degrading the atmosphere, soils, oceans, biodiversity, the wellbeing of humanity, and perhaps even our existence. These problems have been compounded by the International Accounting Standards Board. They have not established any standard for economic value[7]. Let alone a standard that stops destruction of our environment and human wellbeing.

Money is a culturally determined social construct that avoids the inconvenience of barter. Australian Aboriginals sustained themselves and their environment for over 65,000 years without the need for money[8]. How this was achieved was explained by Elinor Ostrom in her 2009 Nobel Prize acceptance lecture[9]. Ostrom identified design rules to avoid wicked economic problems without markets or state[10].

One approach would allow the role of money to become simplified to become only a medium of exchange to avoid the need for barter. The role of money in defining economic value could be replaced with a Sustainability Index (SI). The Internet of Things (IoT) could continuously and objectively determine the index based on a five-year rolling average of physical metrics of ecological sustainability and human wellbeing. In this way, an ecological form of money could replace the need for Central Banks. 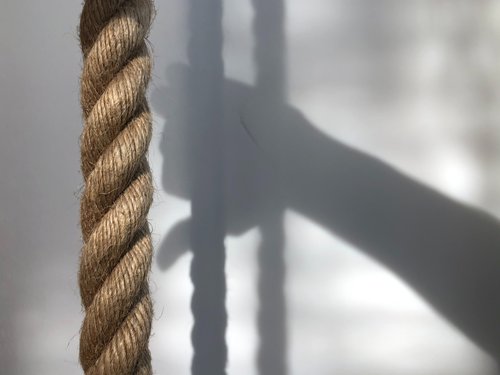 An Index based on metrics of renewable human consumption as a percentage of total consumption would create a stable but changeable Index. Changes could be, anticipated by observed changes in the types of consumption. Trade between regions would favour those with a higher index to create compelling incentives to reduce consumption of non-renewable goods. In other words, ecological money would promote more self-reliant circular economies.

Bioregional indexes are required because the ability of each region to sustain humanity for eternity is determined by local natural and human resources[11]. Reliance on physically traded goods could reduce while increases arose in intangible traded goods and services. Using only the percentage of renewable energy consumed as an index would provide a way to supplement and/or replace the need for carbon taxing and/or trading. It would mean that the most sustainable regions with the highest index would become the most competitive. Other types of metrics would need to be included such as for biodiversity. Also, those developed by the OECD[12], for quantifying individual wellbeing.

SI’s provide a superior way to define and compare economic value than the Big Mac Index introduced by The Economists in 1986[13]. When the Euro was being proposed in January 1990 the cover story of The Economist stated: “It’s time to tether currencies”. Climate change has now made this an urgent requirement.

Exchange rates would become stable to promote more efficient external trade and investment. Official currencies cannot provide stability because their value cannot be defined by any one or more specified goods or services. Its value has become self-referential in complex unpredictable markets that introduce inefficiency and uncertainty.

A fundamental way for competing regions to enhance their relative sustainable value is by reducing their populations. Migration could become a contentious issue as the carrying capacity of our planet to sustain humanity is decreasing as the population increases. Achieving an eternally sustainable population may take some centuries as I have considered here[14].

To remove the advantage of money earning interest indefinitely while most real physical goods lose value, Gesell[15] proposed that money should also lose value from the payment of a holding charge, or negative interest payment. This would substantially reduce the cost of the financial system[16]. Over the last century its cost has multiplied from less than 5% of global GDP to over 20%[17]. A higher percentage of GDP than OECD countries spend on welfare. This indicates the extent of the costs saving that could be achieved by simplifying money and the financial system by using self-liquidating money. It also means that money can no longer be used as a store of value. The cost savings could significantly reduce economic inequality as the poor are more dependent borrowing.

Inspired by Gesell, privately issued negative interest rate money described as “Stamp Scrip”[18] began circulating in Europe in the 1920’s. Over two thousand US and Canadian communities and cities were issuing stamp scrip during the Great Depression[19]. It began privately circulating again in Europe this century denominated in Euros[20].

Keynes[21] supported the idea of self-liquidating negative interest rate money. He described Gesell as an "unduly neglected prophet". Collection of the negative interest payments by the issuer is used to redeem the money issued. In this way it meets the test for being the type of money described by Keynes. He wrote: “money is a mere intermediary, without significance in itself, which flows from one hand to another, is received and dispensed and disappears, when its work is done”[22].

The possibility of not having central banks was raised by Lord King when he was Deputy governor of the Bank or England in 1999, and by an Adviser to the Bank, Charles Goodhart. Goodhart pointed out that the existence of “Central Banks has always depended in large part on government regulation and legislation”[23]. Goodhart had earlier played a key role in Hong Kong introducing a “peg” or tether for its currency to US dollars rather than English Pounds. King made the following statements:[24]

“Will central banks exist at all? (p.1)” “Will future historians look back on central banks as a phenomenon largely of the twentieth century? (p. 25)” “Electronic transactions in real time hold out that possibility. There is no reason, in principle, why final settlements could not be carried out by the private sector without the need for clearing through the central bank. (p.26)” “Financial assets and real goods and services would be priced in terms of a unit of account. The choice of a unit of account (perhaps a commodity standard, which would produce broad stability in the price level) would be a matter for public choice and regulation, along the lines of existing weights and measures inspectors”. (p.26) “The successors to Bill Gates would have put the successors to Alan Greenspan out of business.” (p.27)

Twenty years later, the Governor of the Bank of England, Mark Carney[25] discussed the advantages of having a tether that he described as a “Synthetic Hegemonic Currency (SHC)”. But any “Synthetic” currency would be no better than cryptocurrencies not defined by anything real. This demonstrates how highly respected central bankers can live intellectually in an unreal “Alice in Wonderland” world. It means the role of Central Banks and their future needs to be decided by real people elected by real people concerned with the destiny of the real world as is next considered.

The Bank of England has neglected, or recently unconsciously suppressed, the idea of a monetary tether. No mention of a tether was raised in the discussion paper issued by the Bank on March 12th, 2020, when it invited the public to make submissions on: “Central Bank Digital Currencies Opportunities, challenges and design”[26]. This neglect is surprising as the need for a tether had been recognised by Governors King and Carney as cited above.

We need to remember that the original purpose and role of BoE in 1694 was to lend precious metal to the King to pay his army fighting the French. In in return the Bank obtained a monopoly for 50 miles around London to create paper money out of thin air to make interest bearing loans. This created a myth that only Central Banks create money when in practice it has been private banks indulging in this legal fraud of creating paper money not backed by physical assets, only new financial claims. A practice that inflates commercial bank balance sheets to become many times their equity. This has generated both liquidity risks and financial asset inflation in the global economy described as “Financialization”[27] or what others describe as a “savings glut”[28].

Likewise, the US Federal Reserve was created by private banks to create the appearance of the US government becoming a lender of last resort for private banks creating legal tender without access to metal used as currency. When the Fed run out of metal the US government changed the law in 1932 to allow it to use government paper IOUs as an alternative to physical precious metal reserves[29]. But when the Fed run out of government debt in 1933 it could not stop wide commercial bank failures. These failures required a government bailout[30]. A third bailout was required by the 2008 financial crisis.[31]

How Should Governments Manage Their Central Banks?

Why should we not expect Finance Ministers, or in the UK, the Chancellor of the Exchequer to Act? The answer is because they can become beholden to economic advisers, Treasury officials or other experts. It is only natural that experts seek to maintain their power, status, and influence by maintaining the system in which they are most knowledgeable and comfortable.

In the UK, the answer to the question as to who should manage the existential conflicts of interest of the Bank of England has been established by Parliament[32]. It is the eleven persons who form the Treasury committee[33]. Their political affiliations, gender, education, and background is set out the Table below. Three different political parties are represented by seven women and four men with diverse educations and backgrounds. They meet the need for real people largely not beholden to economic institutions, doctrines, and beliefs.

But there is no silver bullet solution. A new organisation is required to challenge and suggest changes in the role and functions of the BoE, the Prudential Regulatory Authority, and the Financial Conduct Authority (FCA). The need to include the regulators is explained in my response to the UK Treasury consultation invitation of October 2020 on how financial services should be regulated after Brexit[34]. An outline of my response on “Privatising regulation to enrich democracy” is outlined on these webpages here[35].

A new organisation is required as a change agent and become a “loyal opposition” to current ways of thinking. Its mission would be to transform the current dysfunctional, arcane, not to fit for purpose, existing system. A system that consumes excessive resources and in ways that compounds global problems locally.

A cautious learn-by-doing approach would be appropriate. Perhaps by introducing an innovative monetary “sand pit” to test our elements in creating a tether and its acceptance. The Big Mac Index was a light-hearted approach that surprisingly attracted serious academic discussion and use in comparing the relative purchasing power of different currencies.

To solve wicked problems without markets or State also requires the private sector to play a role as agents for change. Such agents could be introduced with the use of tax incentives[36]. This another keyway for the Treasury Committee to play a vital role. But there are many other affected interests, both in the community and in Parliament that would need to become involved.

Suggestions on how to proceed are invited !

Dr Shann Turnbull, is Principal of the International Institute of Self-governance, organiser of the session, and author on decentralised banking as cited in footnote 11 and others cited.

[1] "What is financial stability?" https://www.bankofengland.co.uk/knowledgebank/what-is-financial-stability

[16] Palley, T. I. (2007). Financialization: What It Is and Why It Matters, Working Paper 525, The Levy Institute and the Economics for Democratic and Open Societies Washington, D.C., December. https://www.levyinstitute.org/pubs/wp_525.pdf