What Gets Measured Gets Managed…Oh, Really? 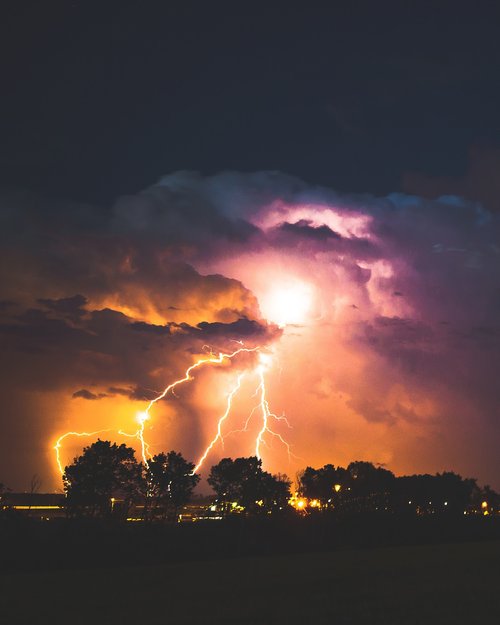 COP 26 once again showed how to snatch defeat from the jaws of victory as like its predecessors it failed to present a hands-on strategy for concrete and immediate, socially just, climate action. The ignition point for consistency in under achievement is decision makers perpetuate the thinking that has caused the origins of our climate and biosphere problem in the first place: nature’s complexity and the three-dimensional interrelatedness of feedback loops between economic decision-making and environmental change has still not been understood in a way that would lead to more integrated decision-making. Instead, a two-dimensional “cause-and-effect” framework within which the climate crisis is most often analysed is still applied as the main approach to tackling its problems. The result is a multitude of fragmented micro-solutions that remain oblivious to the interconnectedness of feedback loops. Hence, current policymaking may effectively tackle singular aspects of the climate crisis but is unable to profoundly change the mechanisms that continue to cause the crisis to worsen.

If a problem persists it is because it is being looked at the wrong way round.

Decisions based on measurement is not so much the problem, but that the blind faith that measurement and the belief that all measurement is intrinsically good. As a result, this leads to a number of issues at all levels:

This requires a powerful movement away from the fallacy that what gets measured gets managed….but it does not mean we should not measure anything.

Be Mindful Of Measurement

There are a great many times when measurement – such as income, profit, internal rate of return and so on - need metrics to measure performance. However, many performance indicators do not neatly fit in a box with the specific metric envisioned and certainly should not be hammered into a round hole when it is a square peg, just to fit.

Accordingly, instead of looking for metrics that one can hide behind, such as processes, look at how measures that are being taken can be gamed and as a result what are the unintended consequences. It follows, do not confuse incomplete measures (as is so often the case with climate, social and biosphere impact) with the actual factor.

The Difficulty With Hierarchical Structures

Outcomes of current hierarchical structures tend to fail to generate cross-structural, feasible action plans and expose a lack of diverse practical critical thinking in decision-making. Already existing fragmented strategies are continued while there is limited initiative for structural change and a unification of strategies.

For example, errors in carbon accounting are a cause of concern since climate impact can be seriously under reported. For instance, stemming from the Kyoto Protocol of 1997 that defined wood, or biomass, as a renewable energy source equal to wind and solar, has led to the EU, along with the UK (biomass now accounts for 12% of energy generation), and others, committing to burning forest biomass to replace coal. But burning wood produces more emissions than coal per unit of electricity made. The EU Commission’s own Joint Research Centre states: “burning forest biomass is not carbon neutral because burning emits carbon simultaneously, while forests need decades, if not centuries to regrow to offset emissions.” Thus, trusted carbon-neutrality cannot happen from burning wood pellets if the emissions and reduction of biodiversity services are not accounted for from that deforestation. 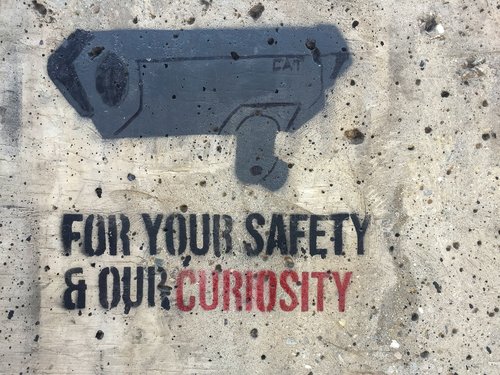 Often, due to budgeting and incentive plans, the systems, and structures in place within organisations cause conflict, mistrust, and resentment, leaving functional heads to orchestrate actions that are right for them. Hence, mangers can tend to build their own agendas, which may not be in-tune with the goals of the organisation. Consequently, multiple agendas allow feedback loops to be broken and instead of optimisation there is waste, impact, risk, poor productivity, poor well-being, and so on…

Corporations and national economies find themselves caught in a competition spiral that compels them to perpetuate various forms of degradation and to amplify social and environmental inequities. For example, global value chains are structured and governed by powerful and highly influential actors that are not adequately incentivised to design and implement closed loop systems – for example, the food system and the interaction between agriculture, processing, logistics, storage, retail, and service.

Accordingly, the urge to measure everything leads to the injudicious use of tools that do not require awareness of possible side effects and reactions. As discussed by V.F. Ridgeway in his 1956 paper Dysfunctional Consequences of Performance Measurements “indiscriminate use [of tools] may result in side effects and reactions outweighing the benefits... The cure is sometimes worse than the disease.” Which currently is the outcome for tackling the climate crisis since for all the money spent, technological advancement and the increasing culture of sustainability and ESG:

The notion of what we call “wicked problems” – social, cultural, economic, and environmental problems that appear utterly difficult to solve - and their explicit connection with complexity and system-wide breadth now has a language and development path through sustainable viability and the sphere economy (fig 1): we move from linear modes of analysing issues to more systemic approaches that allow for the relationships within and between both organisations and the external environment. As a result of understanding the feedback loops, the inverse is also true – that we understand and can value the relationships of and between ecosystems of the biosphere and their effect on organisations of humankind. Sometimes it’s not about things, but the relationship between things. 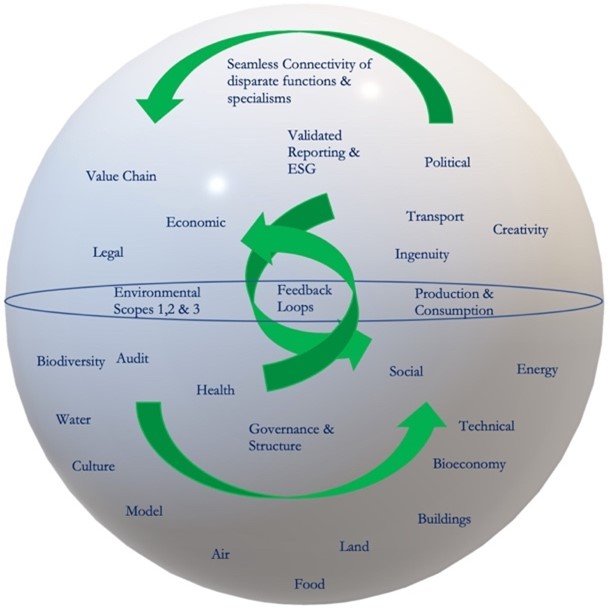 Complex connected events do not take place on a straight line. They go out into all directions; hence we have to imagine a three-dimensional space in which they take place. Likewise, earth’s biosphere as well our economy should be imagined as three-dimensional spaces. In mathematical imagery, they would each be a sphere, with interconnected action pathways travelling and interacting on their surfaces. Three-dimensional thinking, which is a model applied in various different sciences demands more theoretical effort than linear ('cause-and-effect') thinking and requires some training before an individual is comfortable to apply it flexibly to complex problems – the climate crisis being only one major problem field systems thinking can and should be applied to. 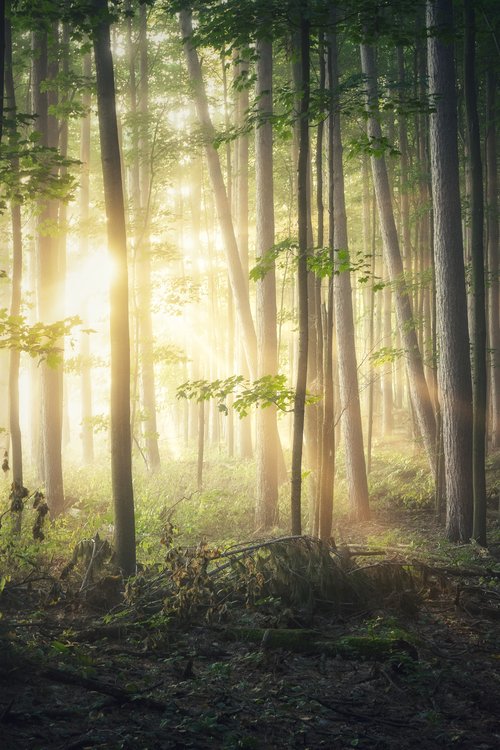 Systems thinking – and the science of - can most often be found originating from computer engineering (the writer’s path). It has revolutionised the way that problems, analysis and ultimately approaches to solutions are garnered in equal measure. It has thus been developed as a methodology and as a means to address complex issues that relate to multiple interacting investment, organisational, environmental, governance and social ecosystems. How actions of each affects the many. How feedback loops inform better decision-making to reduce impact between functions. How work on one Sustainable Development Goal (SDG) can impact on another – positively or negatively.

For example, to overfocus on greenhouse gas emissions as a carbon footprint and portray them as the sole expression of emission impact limits the decision space to optimise climate projects because it disassociates itself from other - and potentially more harmful - waste stream impacts to the biosphere and society. As a result, systems thinking will elevate the efficiency and productivity of resource use since feedback will be optimised3. It follows, decision makers will naturally move away from the indiscriminate use and undue confidence and reliance on performance tools and the measures made thereof, which results in naïve modelling4 from insufficient knowledge of the full effects and consequences.

“Complexity is a core feature of most policy issues today and in this context traditional analytical tools and problem-solving methods no longer work.” (OECD, 2020)

For present-day and future leaders’ and decision-makers’ optimal impact, it is desirable to expand their decision space as far as possible – to open all the possible options that should be assessed and to identify all the factors that may impact upon the decision; to identify as many unknowns and unintended consequences as possible.

What you measure badly you manage badly: what tools, metrics, and analysis to use in measuring impact and opportunity is critical. It follows, how the use of these tools and metrics are applied in a systemic way that also broadens the decision space to raise the bar on modelling to aid not just better, more inclusive, more complete decisions, but also to help make them in the right order vital for optimisation.

For example, to measure environmental return on investment in a manner like financial return on investment but expanded to understand the economic profits (measuring all inputs and opportunities and the comparison on decisions foregone) would force open the decision space and measure decisions and actions collectively rather than in isolation. As a result, the efficiency and productivity of resource use and feedback can be maximised. Accordingly, decision makers would become accustomed not to look at single figures in isolation but focus on an outcome that the single figures point to such as the warming of the biosphere. Holistic measurements such as Global Warming Potential (GWP) help by allowing for equivalence across systems. Accordingly, GWP presents itself as a superior gauge to deliver comparability and support envirosocial return in the same rigorous manner as rates of return and economic profit.

Radical shifts in the behaviour of decision-making will result in functional and structural harmonisation of organisations in the public, private, and third sectors, to create a low-waste, zero-waste, carbon-negative economy that is still economically prosperous. It follows the bar is raised on productivity since a function of sustainably viable operations (private, public or third sector) is to enhance performance (from the effects) of multiple interacting ecosystems – investment as well as organisational, environmental, governance and social. But systems thinking is not just about sustainability since it provides a more complete frame for developing problem-solving skills that makes decision-making assured and rigorous and promotes advanced practical action to tackle multiple issues simultaneously. It makes sustainability viable.

5 Economic profit - or loss – is calculated by taking account of the opportunity costs - alternative returns foregone by using the chosen inputs - which are then deducted from revenues earned. It means an entity or project can have an accounting profit but run at a loss. It follows, that until such a tool is used and follows the guide of sustainable viability and the sphere economy then validity of promoted environmental and social credentials will be suspect. See The 5 Essential Steps To Sustainable Viability